Drone video shows the extent of flooding in Franklin, Tennessee 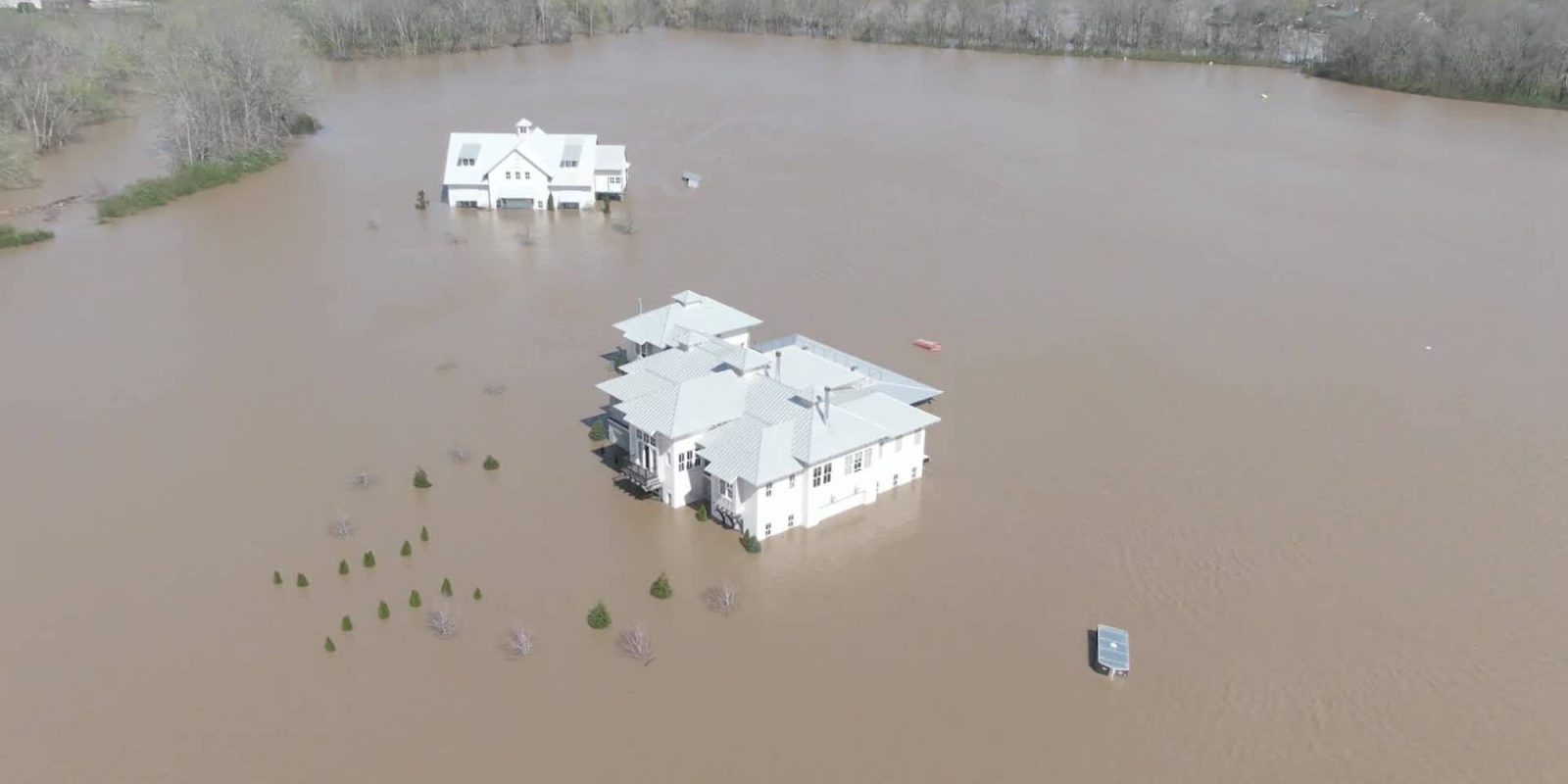 Drone videos from WKRN in Tennessee have revealed the true extent of the flooding in the Nashville region and the damage caused. The floodwaters have destroyed the first floor of many houses and vehicles, and closed schools and essential shops in the area.

So far, seven people have died from the flooding, with many people still not returning to their homes. From Saturday to Sunday alone, Tennessee saw more than seven inches of rainfall, with another one to two inches expected this week.

The cleanup for many is now under way, along with insurance claims and damage assessments. It is expected that localized flooding may occur in some areas, but it isn’t going to affect the river levels too much.

Two of the recent deaths involved vehicles, with one person driving around barricades and then sadly drowning in his truck. The other saw a woman swept off the road by the rising water. This is a great reminder that no one should be on the roads or going past barricades in a flood.

The nearly one-minute video shows us what looks to be a school that has been flooded, with the school buses all pretty much submerged. We can then see a house with its first floor swallowed by the water, along with just being able to see the bushes in the front yard. The drone then takes us down a street in Hillsboro Pike, showing the cars, businesses, and the road that have all been flooded.

Below is a less dramatic video but gives us a look at the higher-than-normal water levels at the Walter Hill Dam one day after the flooding began across central Tennessee.