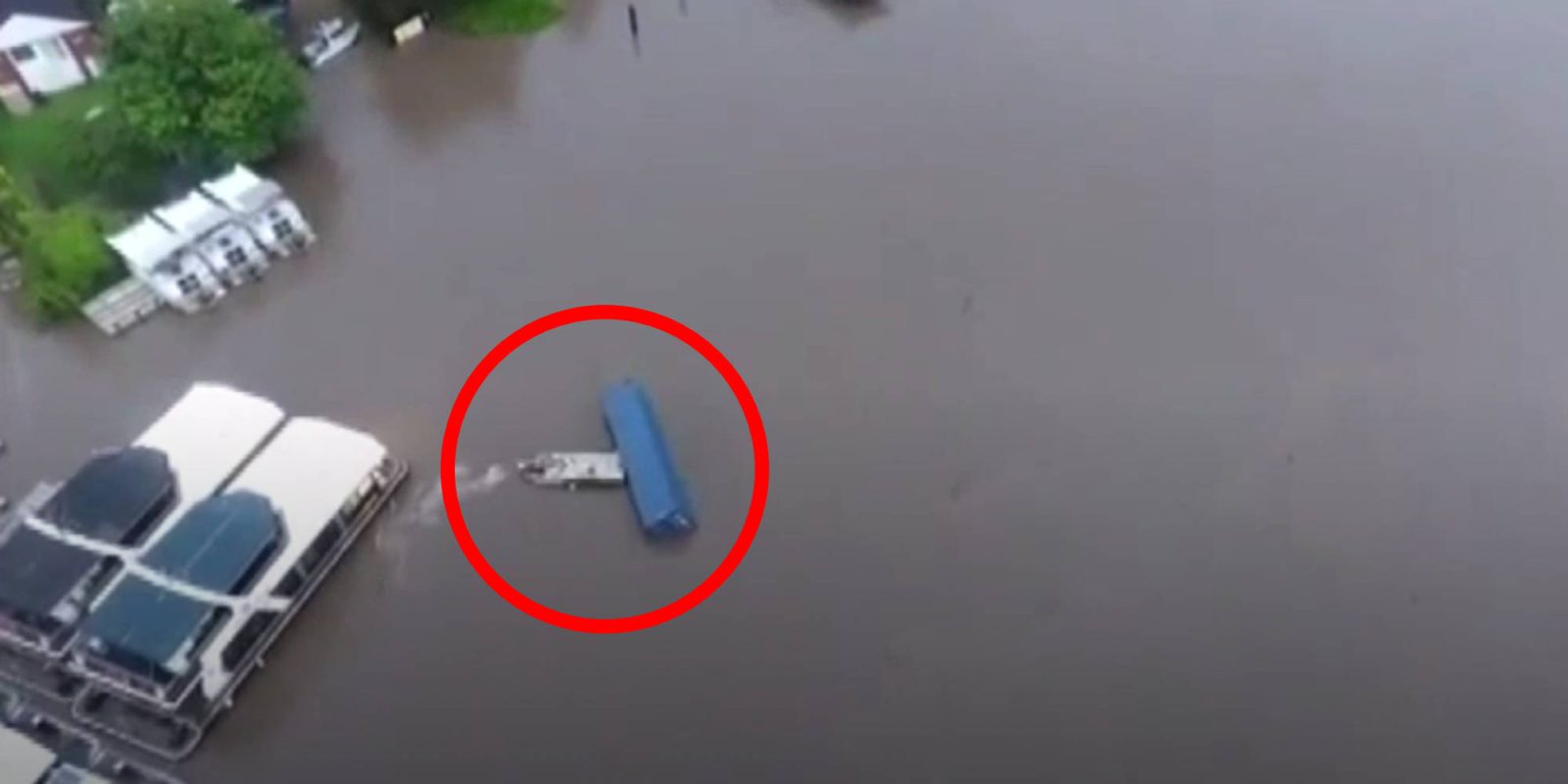 A man’s quick thinking was captured by a drone earlier this week after a shipping container floating down the river was headed toward some houseboats. The unknown man managed to get out ahead of the houseboats with his much smaller one and ram it, taking it off its collision course.

The container can be seen floating down the river and then hitting a nearby barge sitting on the riverbank in the video. The collision caused the barge to move a little, while the container continued downstream.

Shortly after, a small boat appeared out of nowhere, going straight for the shipping container. The boat drove straight into the container, causing it to slightly go off course and narrowly miss the nearby houseboats, saving them from destruction.

Some areas have seen up to one meter (39 inches) of rainfall since last Thursday, with the number expected to rise by 50-100 mm (2-4 inches) over the next day or so. The areas affected the most have seen their March monthly rainfall hit five times the usual amount.

One of the most devastating stories to come out of these floods is from a couple whose house floated away with their pets on their wedding day. The couple is currently separated by the floodwaters but is safe, with the community helping out, and a fundraiser is set up, which surpassed $30,000 AUD in a few hours of it being live.

If you are interested in donating to the families affected by the flooding, you can do so via the GIVIT website with a list of all the items currently needed by people in the area – with everything from baby formula to clothes being needed.

Check out some of the other cool drone videos we have taken a look at in the past: