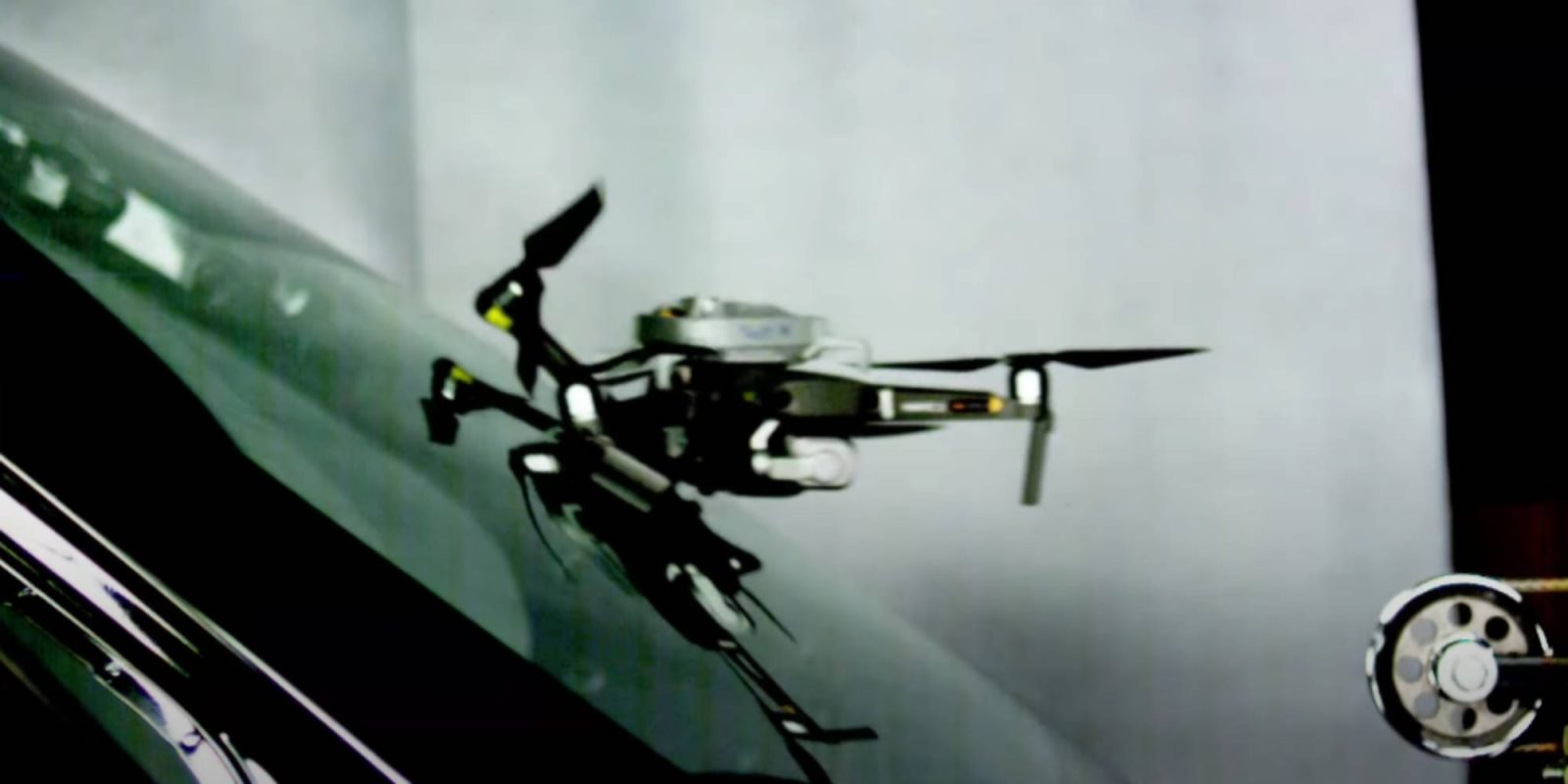 Researchers at Virginia Tech’s impact lab flew a DJI Mavic 2 Pro into the windshield of a car at 62.5 mph to see what damage would be caused. The test was in partnership with Virginia Tech Mid-Atlantic Aviation Partnership, the College of Engineering, and State Farm to evaluate drone collision risks with a moving car.

Taking a look at the video, the drone quickly enters the frame and smacks into the car’s window. While you might have expected the windshield to shatter, the drone and the windshield deform due to the impact resulting in the drone sliding off the top of the car.

If you were looking at the video closely, you might have noticed the parachute module on top of the Mavic 2 Pro. This wasn’t there for no reason, as the test was in partnership with State Farm. It was the driving force behind getting it done.

State Farm actually uses drones in its everyday operations, mostly on insurance claims and inspection jobs – but flying over busy roadways requires a parachute and permission from the FAA. State Farm also offers drone insurance for hobbyist pilots, but that’s beside the point.

This test was used to show the FAA the amount of damage a drone would cause if it fell out of the sky and land on a car. Specifically, State Farm was looking for permission to fly over busy roads.