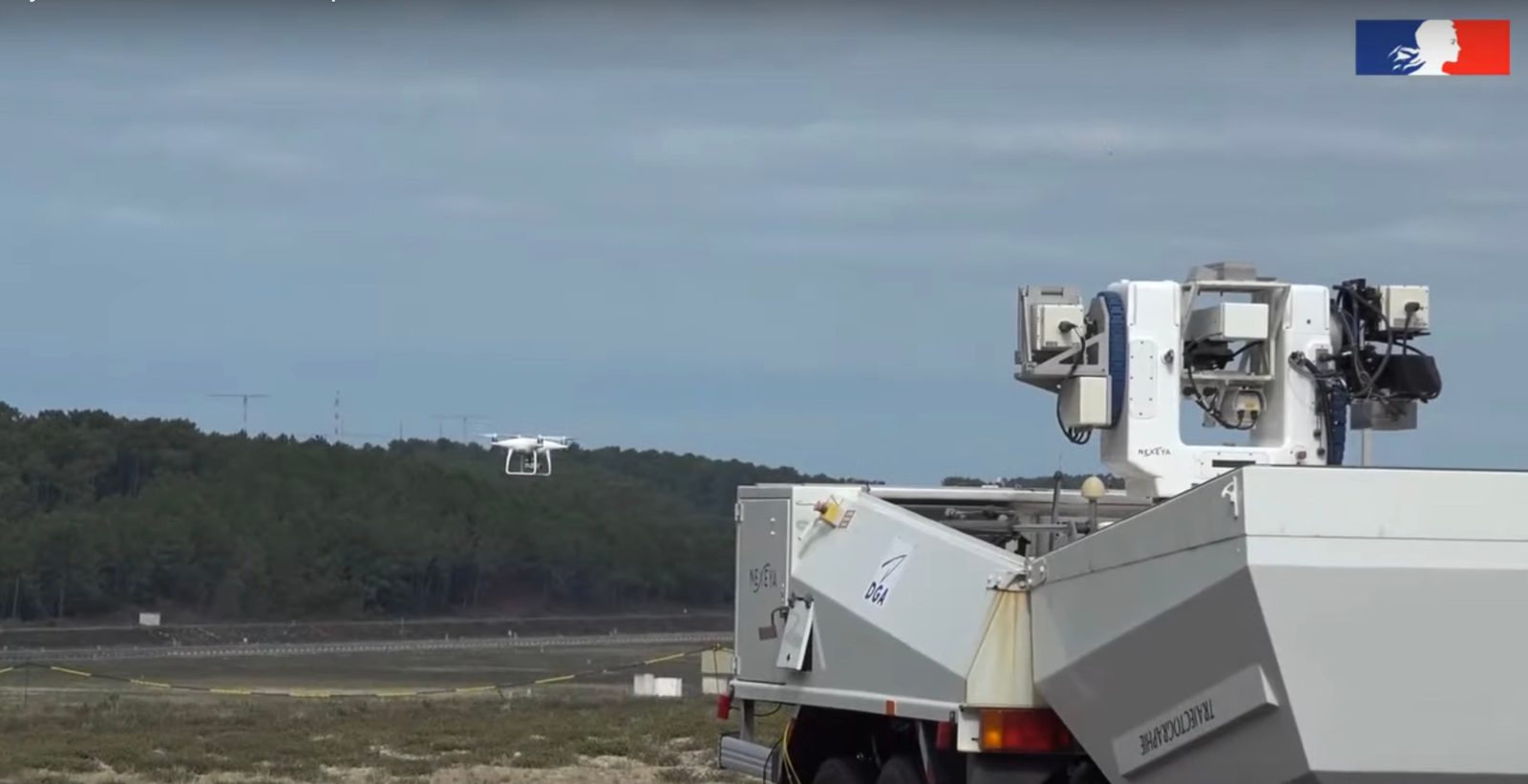 Another (laser) nation heard from. After our post yesterday on efforts by the Italian military to develop drone-culling laser technologies, up steps a small French company boasting its own craft-blasting energy device that it calls nearly ready for the market.

Laser-broiled drone from 3,300 feet away

France’s Compagnie Industrielle des Lasers (CILAS) is testing a laser that has managed to pick off drones flying 30 mph from distances of up to 3,300 feet. Trials of the system were reportedly the first time a laser has been used in Europe to fry unmanned aerial vehicles (UAV) right out of the sky. CILAS executives have described the unit as being at a very advanced stage of development, and almost ready to take to the market.

CILAS is part of a group of French defense and security companies working in coordination with the French military to develop tech primarily designed for armed forces, but adaptable to private clients as well. Its UAV-zapping High-energy Laser for Multiple Application – Power (HELMA-P) system figures into both categories.

The functioning and testing of the unit was described by an excellent report in Popular Science this month. Trials used a manually guided laser honing in on drones tracked by French military radar. The system can be connected to any kind of monitoring and command configuration that incorporates at least two cameras: one filming the wider setting, the other focusing in on the UAV. Data from the two feeds allows the precise location and distance of the target to be established.

From there, it’s toasted drone time.

Mitigation of smaller UAV also on the uptick

HELMA-P’s accuracy unleashes what makes lasers so alluring in combatting rogue drones. Once locked in on a position, they beam no farther than the target itself. They will whack their prey extremely fast, and from very long distances if necessary. For those reasons, laser applications are now among the most favored by military and private developers to neutralize an array of potential threats from the air – including, and increasingly, smaller drones.

Readers of DroneDJ know the list of potential users of neutralizing technology for errant smaller drones. Military installations, airports, nuclear, and other utility installations have all reported rising violations of restricted airspace as the popularity of consumer UAV has spread. Many of those are accidental or innocent infractions, but intentionally disruptive sightings are also on the rise.

UAV have been used as data collection tools in economic espionage in a variety of industries, for example. Drones have also been deployed by criminal and terrorist groups to attack armed forces and police. At the other end of the scale, reports from the US and UK have been multiplying from homeowners complaining of Peeping Tom drones hovering out of bedroom windows and otherwise spying on private affairs.

The latter doubtless wouldn’t call for rolling out a HELMA-P unit in retaliation. But it’s obvious effective tools to mitigate drones posing significant problems ­– or threats ­– will be in ever increasing demand in coming years.