UVify is back with a 60MPH micro race drone, the Oori

Last year at CES, UVify introduced the Draco racing drone. This year they are introducing the Oori, a 60MPH micro racing drone. The Oori is much smaller and lighter than the Dacro quadcopter. In fact, it is so small it easily fits in the palm of your hand. The small form factor promises very fast and agile flying ability. The Oori is aimed both at beginning drone pilots as well as speed addicts. According to UVify the Oori is very easy to fly and can be flown safely indoors with the use of the lock-on, pop-off propeller protectors.

Everything you need comes in the box: the drone, battery and the controller with a full-color display. The drone streams the footage from the camera on the drone directly to the controller or to a compatible set of goggles for a first-person point-of-view. Flying a fast racing drone using FPV goggles is not only a lot easier, it is also a lot more fun.

Instead of using GPS for navigation and a stable flight, the Oori uses altitude and downward sensors to make flying easier and more stable for first-time and experienced drone pilots.  The Oori micro race drone uses lights to communicate battery life and flying mode to you. You can also change the color of the lights on the drone to match your mood or to distinguish your drone from the competition during a drone race event.

Given the small size of the Oori drone, the flight time is limited to about 6 minutes, which is inline with other drones of a similar size. The600mAH battery is easy to swap out and UVify offers an optional 4-battery charging station so that you can keep flying while your batteries are getting charged. 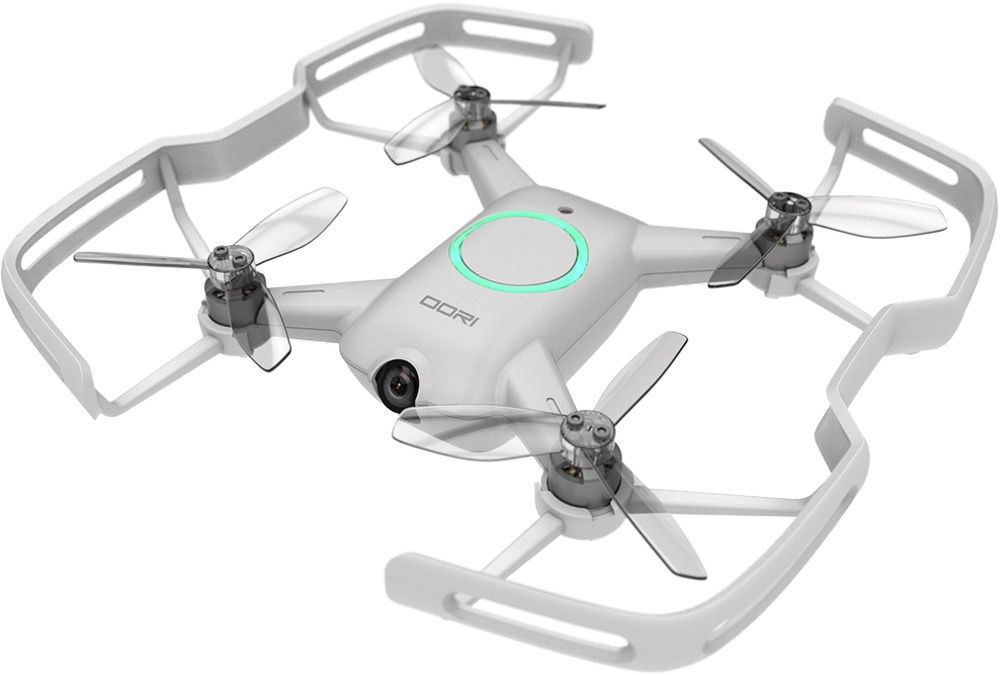 Oori, the best drone for beginners?

Is the Oori the best drone for a beginning drone pilot? Well, that depends. Other drones worth considering are the DJI Spark, which is a different kind of drone all together, but a very good option for somebody getting into drone flying who is less interested in outright speed. Parrot, the French drone manufacturer, also offers a racing drone, called the Parrot Mambo FPV. This drone is not as small nor as fast as the Oori, but it is priced at $179.99 and comes with the Parrot Cockpitglasses 2. Another interesting drone option to consider, not for racing but for beginning drone pilots would be the newly announced Tello drone. The Tello has been developed with Intel and DJI technology and promises to be a great beginners drone. However, UVify’s focus with the Oori is speed and if that is what you are after than the other drones probably won’t cut it.

The Oori micro racing drone is available for pre-order right now at $289 and will start shipping somewhere around April. The regular retail price will be $389, so if you are in the market for a small racing drone than now maybe the time to act on it.

We hope to get our hands on an Oori drone soon so that we can review it here on DroneDJ. What do you think about the Uvify Oori? Do you see a market for micro racing drones? Let us know in the comments below.