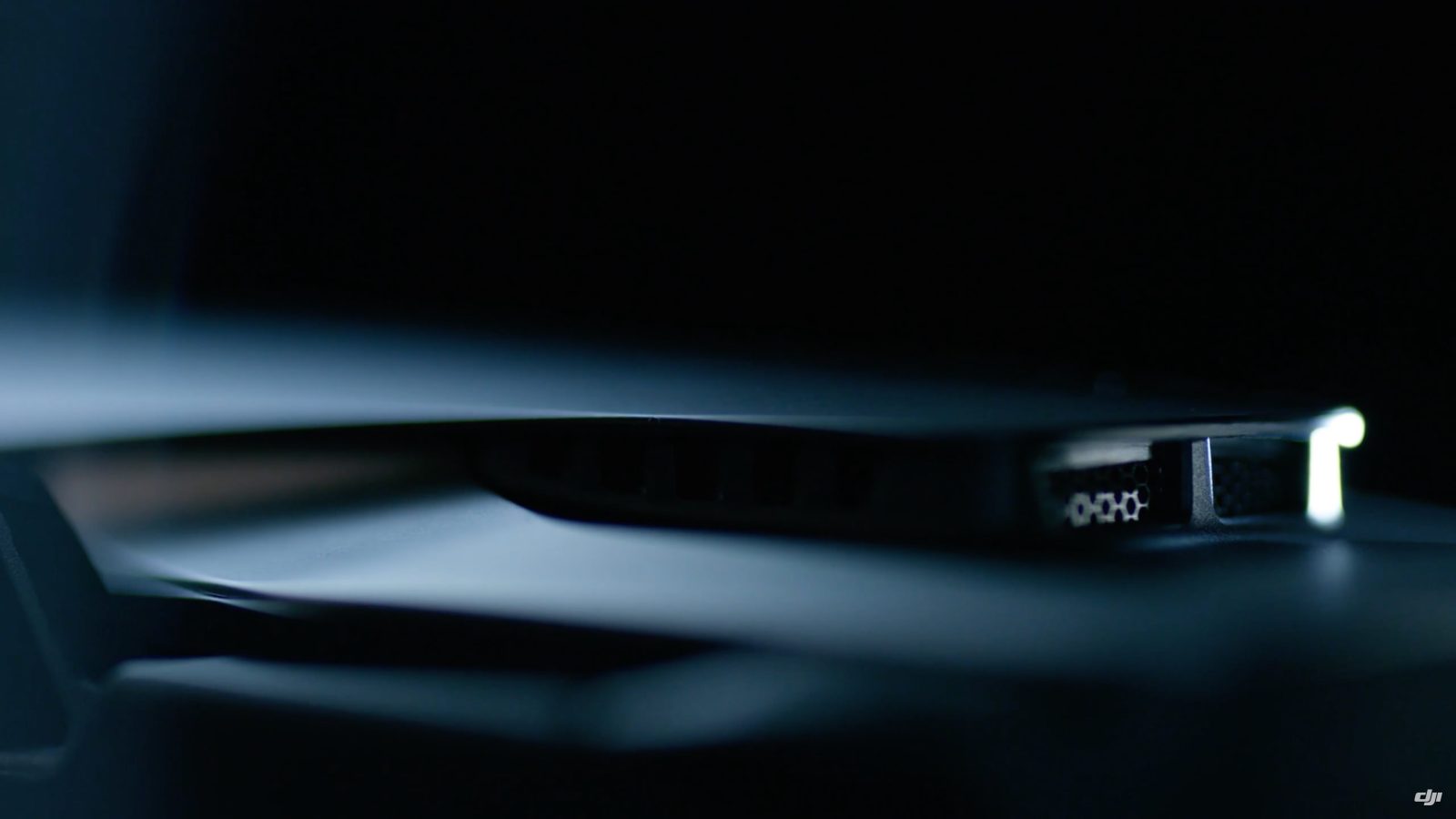 Parts of the design of the new Mavic Air!

The video wonders if we are ready for what is to come. I think we are!

Update: it seems we have the name DJI Mavic Air confirmed!

The text of the video on YouTube is not always easy to understand but, we believe it states the following (subtitles on DJI’s page helped):

We are but billions of atoms and molecules buzzing together in harmony.

And yet, from the seemingly insignificant size comes formidable strength and power.

We are all struck from the same elements.

Can something so small. The beginnings of something truly mighty.

Ere we ready for what’s to come?

The video ends with quick shots of the design lines of what we believe to be the new DJI Mavic Air. It looks more aerodynamic with sweeping and curved lines.

The text from the invite we showed earlier and the now from this video, all point in the direction of a smaller, foldable drone with more strength and power than what we are used to. We expect the DJI Mavic Air to be smaller, lighter, faster and to have an increased top speed. More power could point to more powerful motors and/or more powerful batteries. We also believe that the Mavic Air will be positioned between the Spark and the current Mavic Pro. Pricing may be as low as $699 according to some insiders.

The video ends with the announcement of the event in New York and a link to follow it live on 1/23/18 at 10am. If you follow that link you will also see part of the official invite that we showed earlier on DroneDJ. 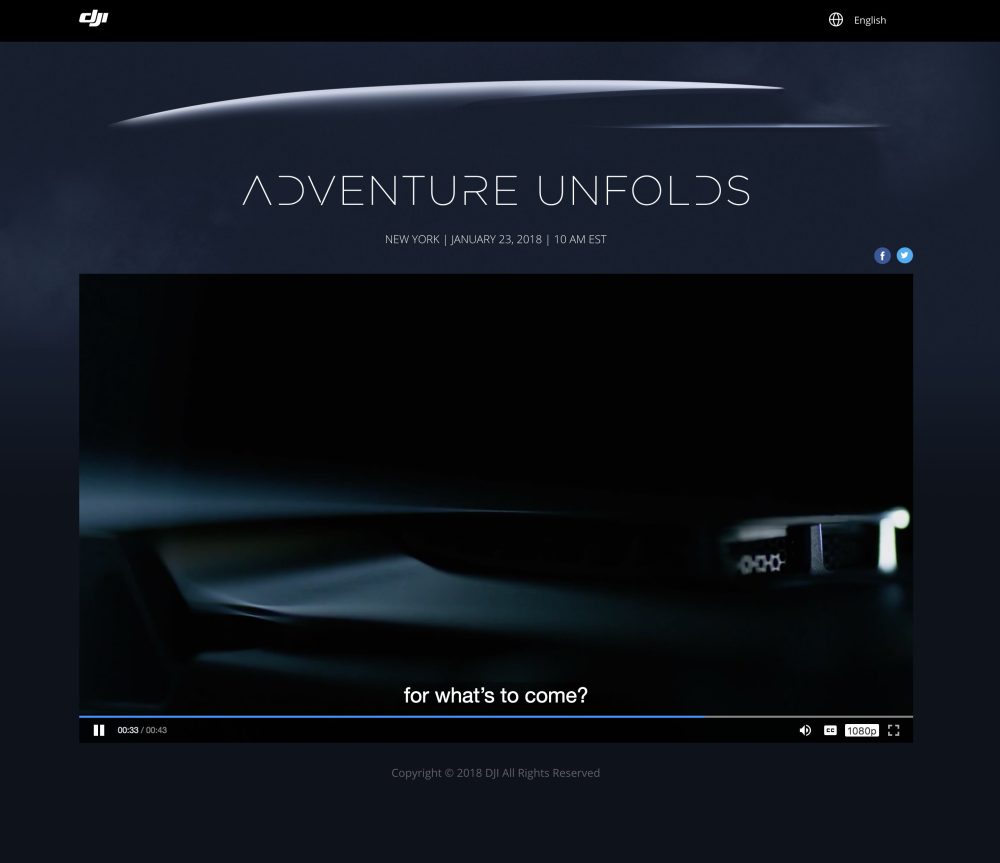