Delayed thermal camera for Mavic 2 Enterprise at CES 2019 instead 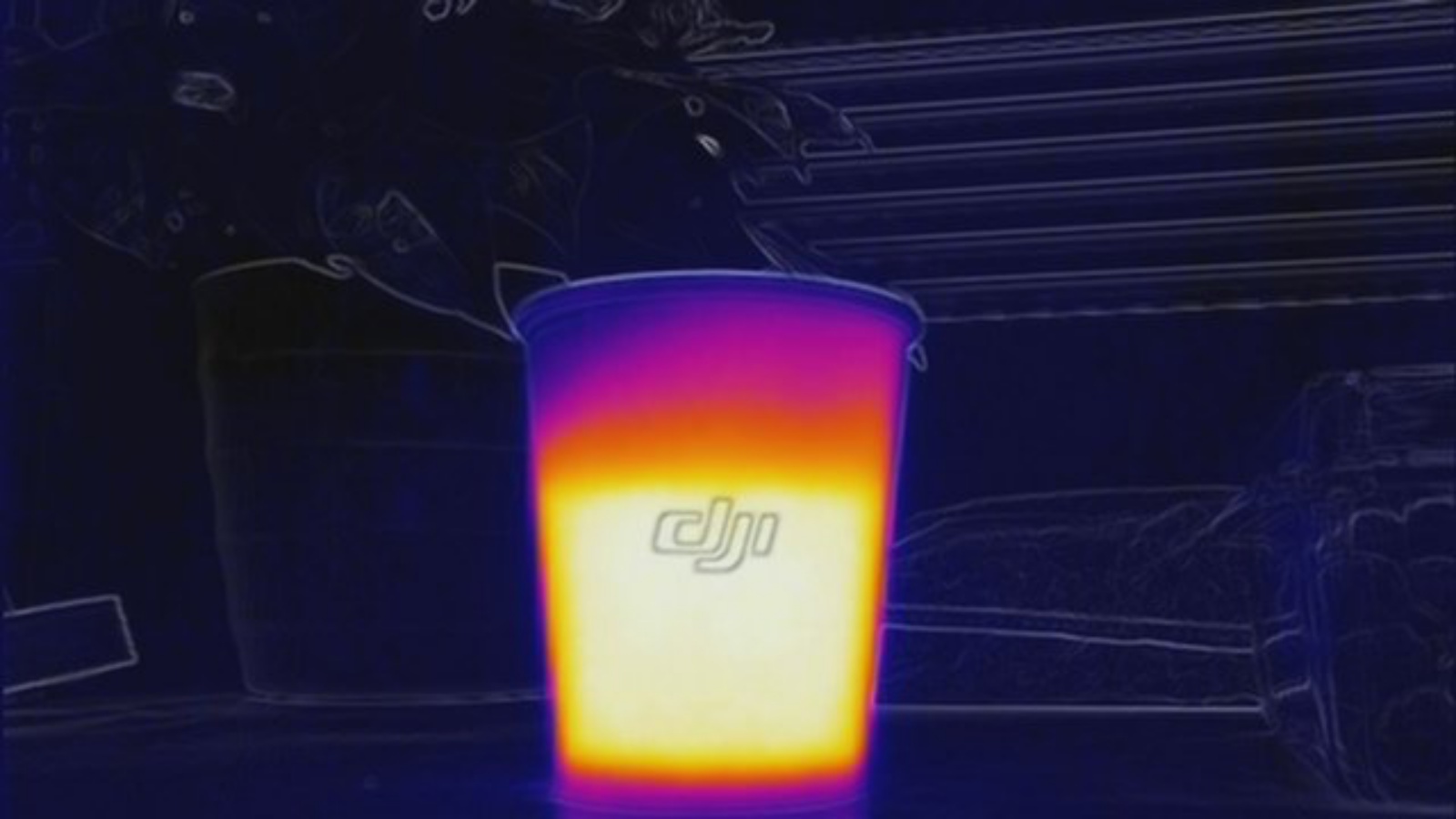 We have been informed by one of our trusted sources, that the thermal camera for the Mavic 2 Enterprise, that was to be announced today, will be announced at CES 2019 instead. There is no explanation provided for the delay, but it seems that DJI has thought at the last moment that it might be better to launch the thermal camera for the DJI Mavic 2 Enterprise, at the Consumer (!) Electronics Show in Las Vegas next month, together with the new ‘Pro’ Remote Controller with built-in display for the Mavic 2. There’s also more information on the type of delayed thermal camera btw… Jump right in.

The new delayed thermal camera for the DJI Mavic 2 Enterprise has been developed in partnership with FLIR Systems. The camera will be mounted to the top of the Mavic 2 Enterprise in a similar fashion as the attachments that come standard with the drone, i.e. the floodlight, strobe, and loudspeaker.

The thermal camera was the most glaring missing accessory during the introduction of the DJI Mavic 2 Enterprise during DJI Airworks 2019. Thermal cameras have proven to be invaluable for search and rescue mission, as well as for regular police operations and firefighting actions. At the time DJI was quiet about what attachments would become available and when they would come to market. The FLIR Systems-developed thermal camera for the DJI Mavic 2 Enterprise will be the first additional accessory for the foldable drone, besides the standard ones.

Delayed thermal camera mounted on top of the M2E

Contrary to what some people thought, the thermal camera will be mounted to the top of the drone, similarly to the other accessories. Likely this will mean that the thermal camera will be in a fixed position. It might be possible to change the angle of the camera pre-flight. We do not have any information at this point if the camera might be mounted on a small gimbal.

There is a chance that you will be able to use the regular zoom camera on the Mavic 2 Enterprise in conjunction with the thermal camera mounted on top to provide ‘Dual Vision’. This would be great as it would make the Mavic 2 Enterprise very attractive. A much smaller and less expensive search and rescue drone with a thermal camera than the DJI XT2 (also developed with FLIR Systems) and Matrice in combination.