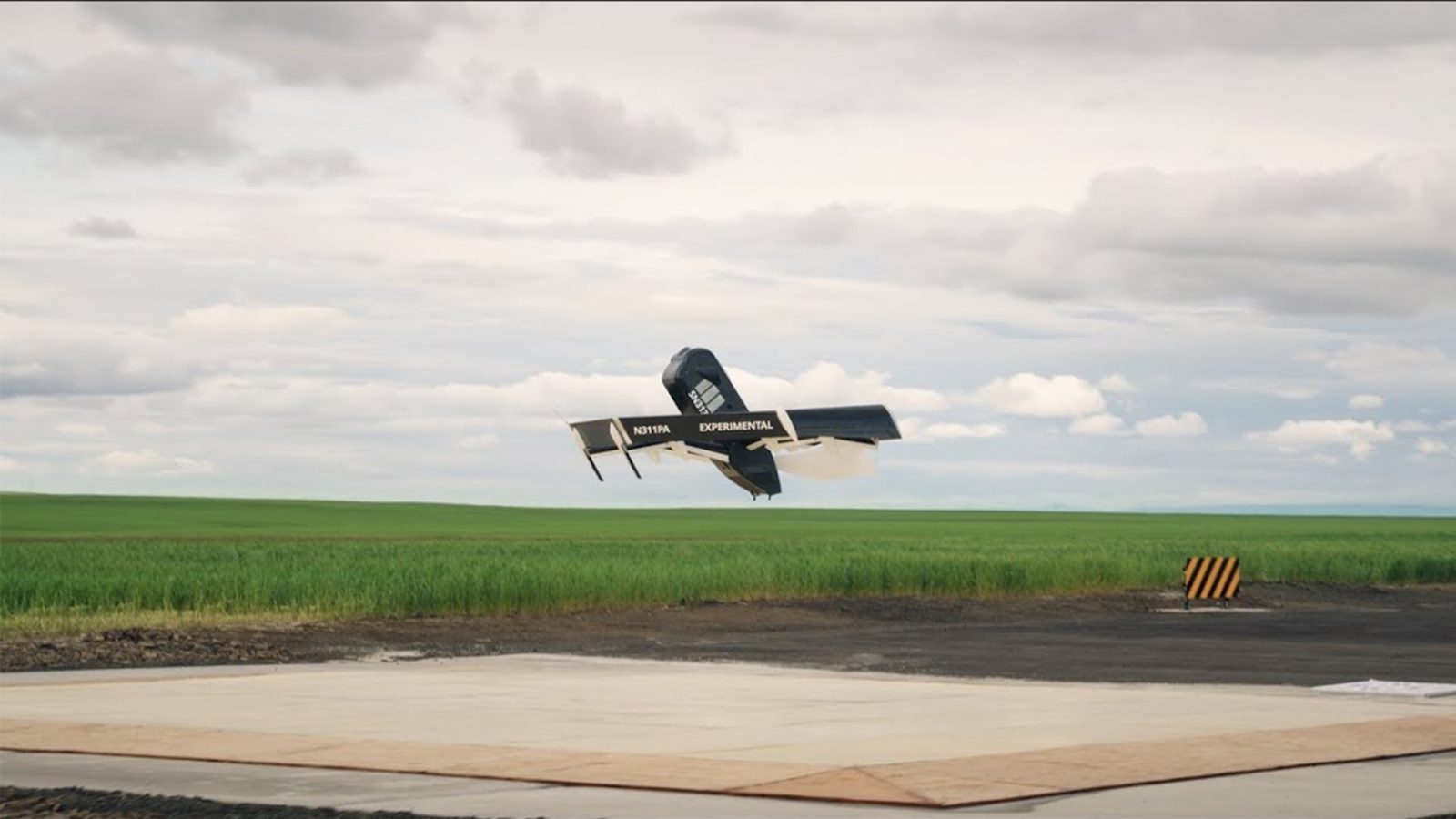 Drones have been flying for the last century, but delivery drones from Amazon have recently come to life. Amazon wants to deliver your packages by drone, lowering costs, and speeding up deliveries. Amazon continues to invest heavily in its delivery drone project, creating prototypes and testing deliveries in multiple locations.

Amazon’s delivery drones promise deliveries in just thirty minutes, leaving the current delivery methods in the past. Combining their expertise in e-commerce and delivery with drones to create a state of the art delivery and management system.

Today we will take a look at Amazon Prime Air run by eCommerce giant Amazon.com Inc. and the way they plan to deliver their future packages.

Originally announced during a 60 Minutes interview in 2013, CEO Jeff Bezos let the world in on Amazon’s plan to use drones to deliver products bought via Amazon.com. The plan is to use drones to replace standard delivery options available today, in turn reducing costs and removing the most expensive part of the delivery system, humans.

Amazon Prime Air has been working on the drone delivery project for years now with various prototypes being shown off, including a video showcasing the technology to bring hype to drone deliveries. This will allow Amazon.com to start the rollout of their same-day delivery plan which was announced earlier this year.

Amazon Prime Air estimates a delivery time of around thirty minutes to select addresses, a capacity of around five pounds (2.27kg), a large amount of the eCommerce giant’s product catalog. 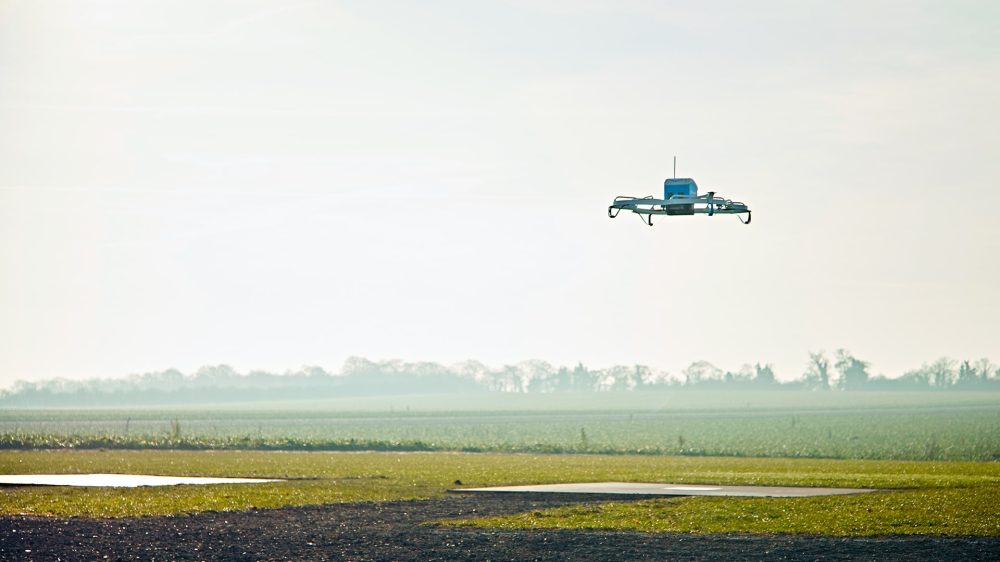 What Amazon Prime Air is doing

Amazon Prime Air is still in the development stage testing various drone prototypes and finalizing their internet-connected drone management system built alongside Google. Amazon Prime Air is currently working in the United States as well as the United Kingdom and has even ventured to Canada to complete testing of their delivery drones.

Amazon Prime Air made their first official delivery on the 7th of December 2016, delivering a parcel to a house within ten miles (16km) of their Cambridge fulfillment center. Previously, in late 2015 Jeremy Clarkson was featured in an advertisement showcasing a use case scenario for their delivery drone.

In recent news last month, Amazon Prime Air showcased their newly designed drone in a sub-two-minute video, similar in nature to the original flight video back in 2016. The video didn’t show us much but has given us insight into their new drone design with fewer moving parts, which means fewer points of failure, great for us!

A recent patent shows future plans for Amazon’s delivery drones to provide surveillance for customers. The drones would be able to check for damaged windows, signs of entry, and open garage doors, then report it to officials and the homeowner. Amazon says using drones for surveillance is still far away but they envision a future where customers will rent them for surveillance. 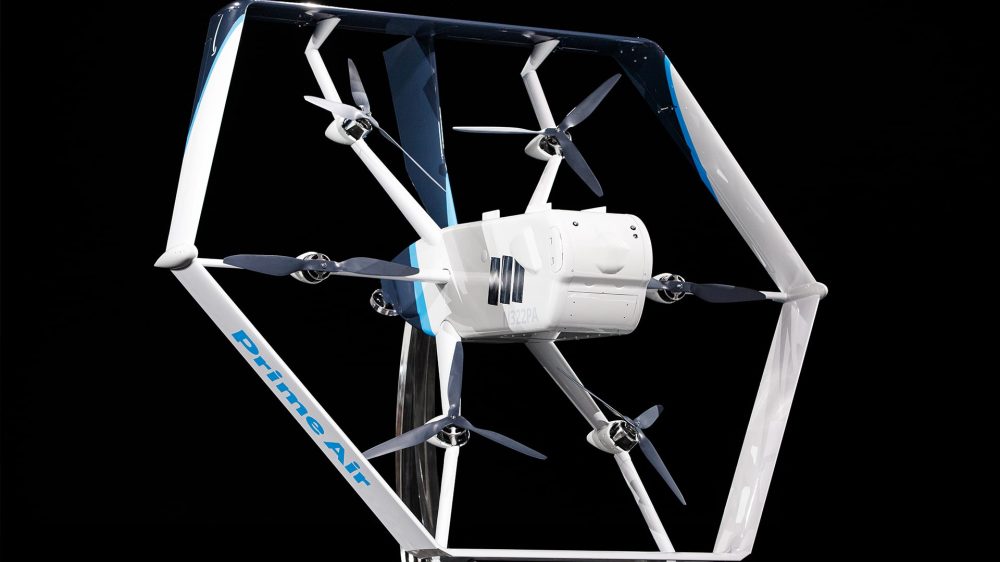 The drone has a maximum range of fifteen miles (24km) and can deliver packages under five pounds (2.27kg) in less than thirty minutes. The package is placed in a compartment that is surrounded by a protective shell as well as the motor guard, ensuring safe transport of any package. The drone will rotate around ninety degrees when converting from vertical flight to horizontal flight, lowering the number of sensors and cameras needed.

Amazon Prime Air’s drone comes packed with sensors and onboard AI to allow for adaptive obstacle avoidance in flight and during take-off and landing. While landing the drone detects humans and animals to adjust its landing position as well as a specialized wire detection algorithm to miss clotheslines and power lines.