Drone pilot given permission to spray weeds in Australia 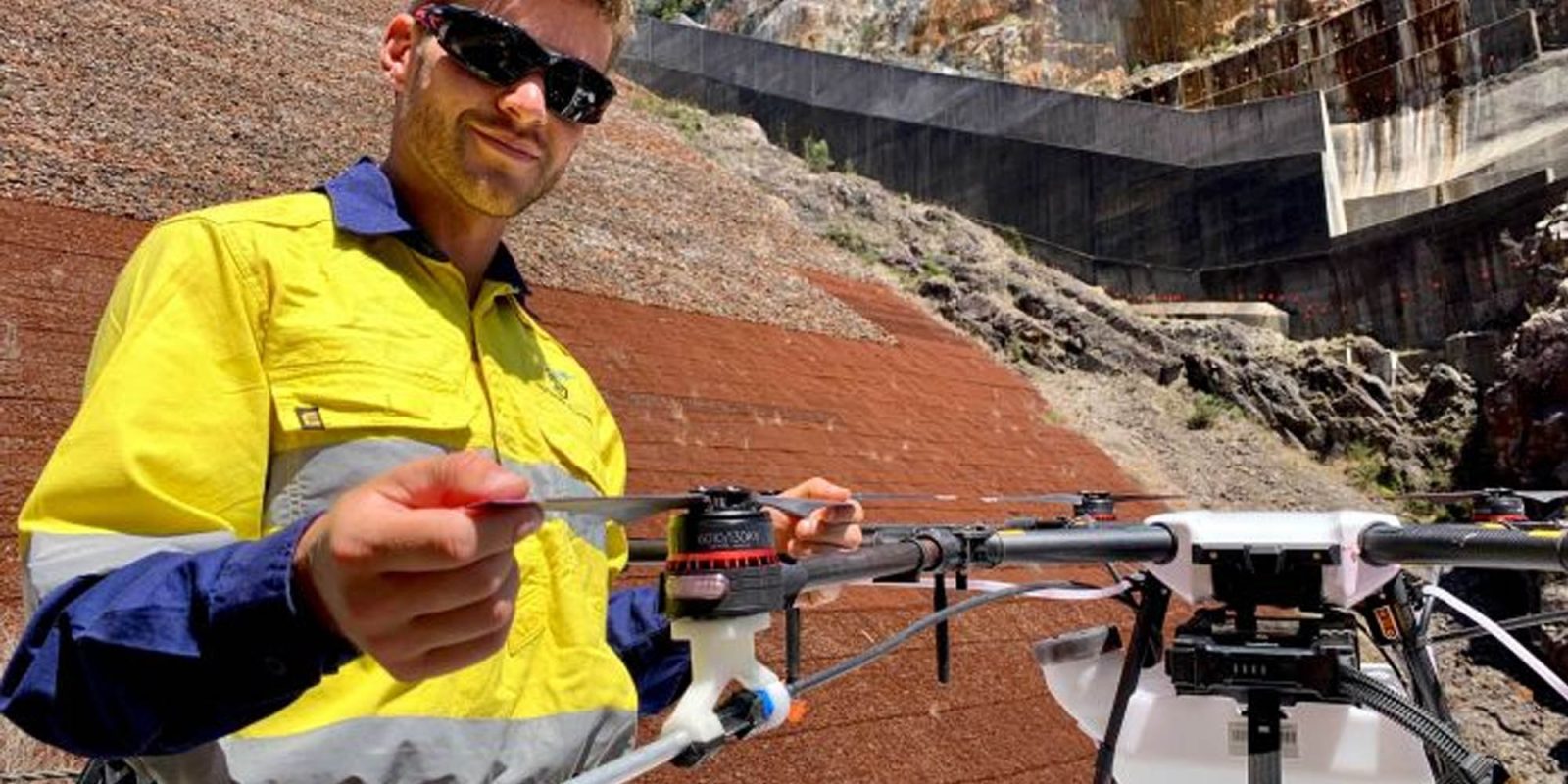 Andrew Davies is the first drone pilot to be granted a drone spraying license for weeds in Tasmania, Australia, after years of fighting to get the license. Previously in mining and construction, Andrew saw a hole in the market and decided to fill it, using a drone equipped with pesticide sprayers.

Andrew and his drone are fighting weeds in places too dangerous to send someone in or aren’t accessible by an aircraft. He has partnered with Hydro Tasmania to spray weeds growing out of its dam wall, a task that used to be undertaken by an abseiler.

The drone allows the time to spray the weeds to be brought down from four days to just one at a fraction of the cost. Along with dams, Andrew also recognizes the benefits for the mining industry, saying the pampas weed is a problem in mining that can be fixed with drones.

“I’m here to spray weeds on the dam wall using my drone, targeting any trees or growth out of the wall face. I’m basically spraying anywhere that is too small or difficult for a helicopter or aircraft to fly, and it also stops the risk of injury for abseilers.”

Andrew first sends the drone up to inspect and take photos of what is growing out of the dam wall, later figuring out where exactly he needs to spray with the help of his mum, who is an agronomist. Andrew is also looking into drone swarms to allow one person to do the job of multiple people at once.

“I’m looking at swarming, where one pilot can fly up to five drones. It’s equivalent to five people working as one. Artificial Intelligence and machine learning will be the next big thing that’ll change all of this.”

Drones are being used around the world within the agricultural space for spraying and surveying the land. There are even some cases of farmers using drones that bark to act like a sheepdog. What do you think of agricultural drones? Let us know in the comments below.

Josh started in the drone community in 2012 with a drone news Twitter account. Over the years Josh has gained mass exposure from his aerial photography work and spends his days writing drone content for DroneDJ as well as pursuing his business dronenr.

DJI's new Mavic could be the best drone for beginners