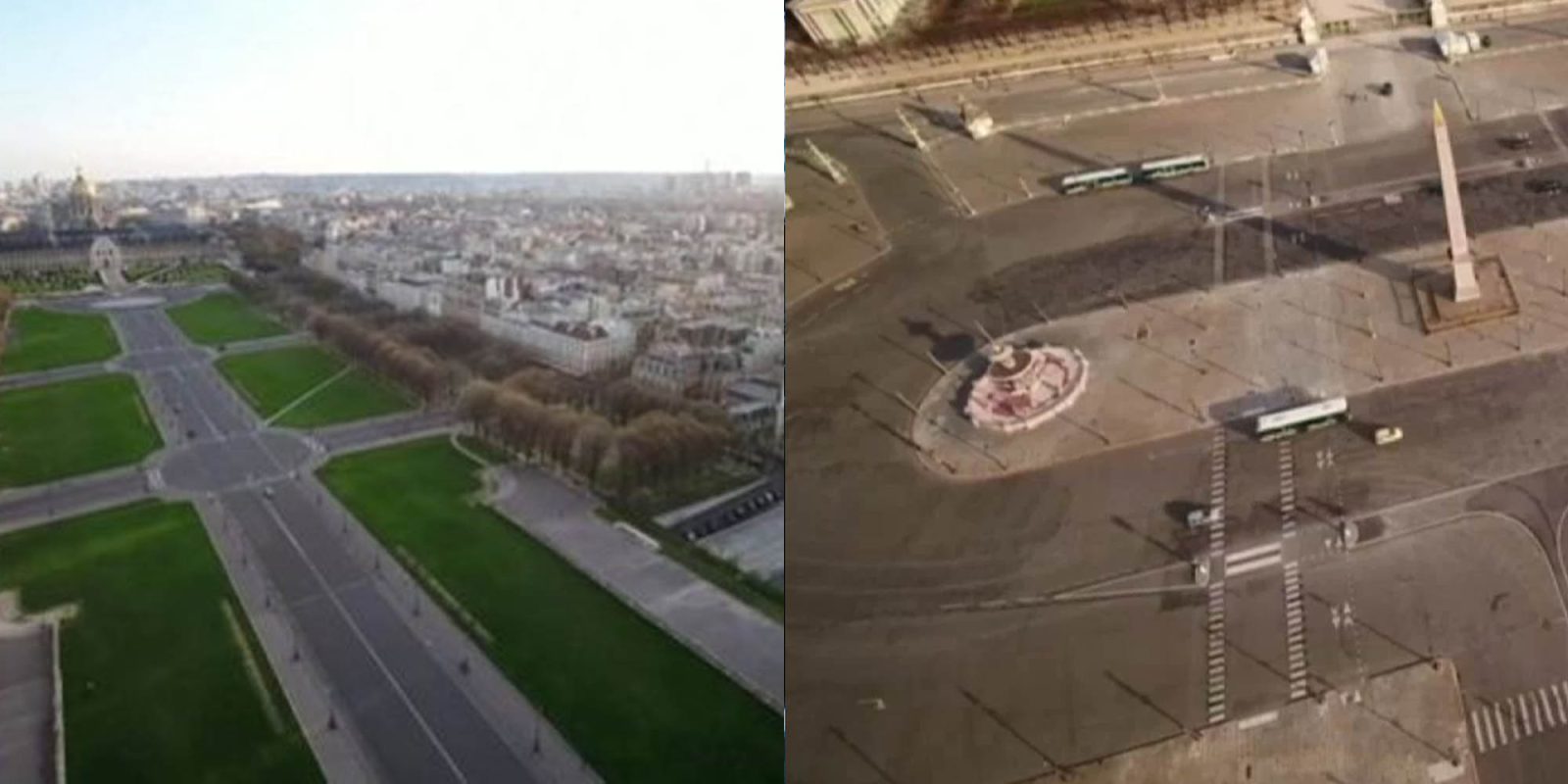 Drone footage in Paris, France, has captured the almost empty roads surrounding some of the most famous landmarks throughout the city. Drones managed to capture the effect COVID-19 is having on the once-bustling city of Paris and around the world, as cities go into lockdown.

Video captured by Skydrone shared via ABC News on Sunday has shown what the streets of Paris look like at the moment. France is currently under lockdown due to a large number of cases in the country, therefore leaving its cities to almost become ghost towns.

The drone makes its way around Paris with the Eiffel Tower, Arc de Triomphe, and the Seine river to name a few.

We have seen drones around the world taking to the skies to show the effect the COVID-19 has had on various towns, including footage captured in Los Angeles during the 9:30 a.m. peak rush hour and Milan soon after the nationwide lockdown was put in place by the Italian government.

Drones have also been fairly present throughout the COVID-19 outbreak, with various government agencies using drones to warn people to stay indoors and monitor the public to ensure they are adhering to the new lockdown laws put in place to lessen the spread of the virus.