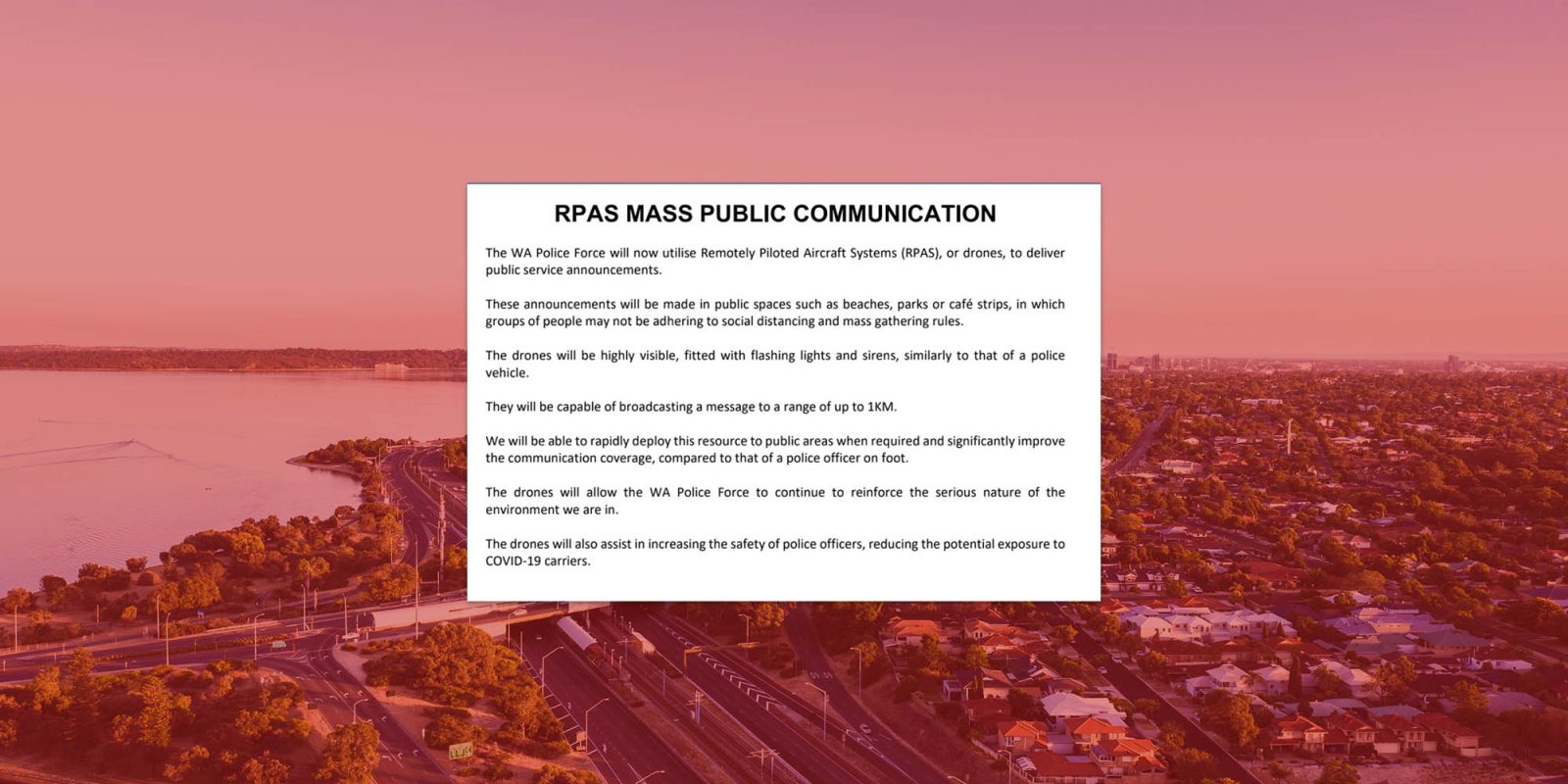 Western Australia‘s (WA) police force is going to begin using drones to deliver public service announcements. The drones will be at various popular locations, including beaches and parks where groups aren’t following the new laws in response to the coronavirus outbreak.

Western Australia’s Premier Mark McGowan announced at a press conference today that the WA police will begin to use drones to broadcast messages to large groups of people located in public areas. The graphic was shared on Twitter via Guardian Australia reporter Calla Wahlquist.

Today WA Police will be launching drones, capable of deploying to public areas to broadcast messages to large groups of people not adhering to mass gathering or social distancing rules.

The drones will reportedly be flying around areas known to have large amounts of people not following the recent social distancing and social gathering laws such as beaches, parks, and cafe strips. They will be able to broadcast messages up to a range of one kilometer and can be deployed rapidly in areas that don’t have the best police presence. The drones will also be equipped with sirens and flashing lights to ensure they are not missed by the public.

The drones have been brought in by Western Australia’s police force to ensure the public continues to understand the severity of coronavirus and the importance of staying indoors to limit the spread. The drones will also allow police officers to better keep their distance from potential coronavirus carriers.

Take a look at drones being used around the world to help combat the coronavirus pandemic: