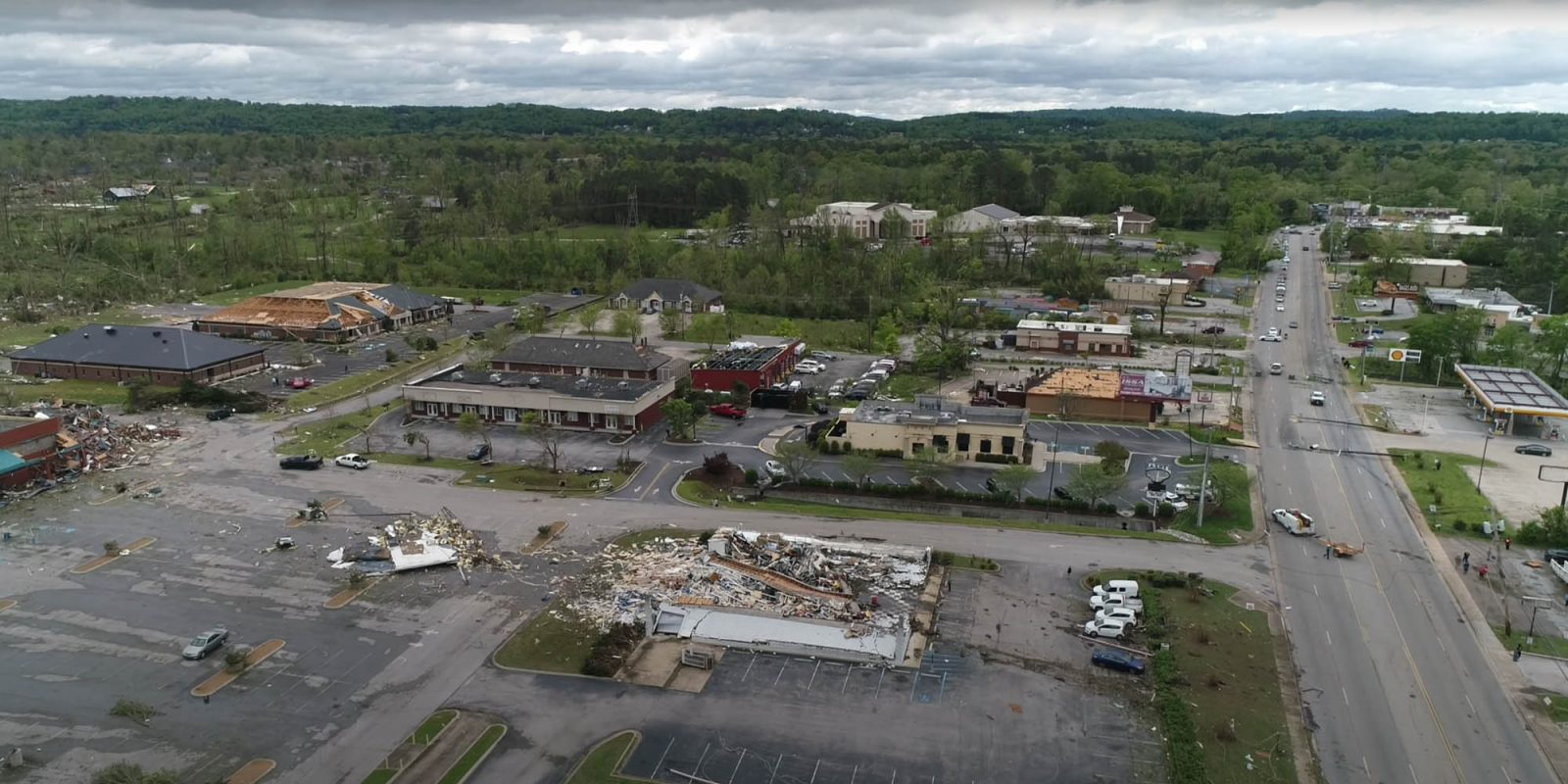 Drone videos of the recent tornados that swept through the south-eastern United States show the sheer power and destruction of the storm. David Waltermyer captured the footage in Fort Oglethorpe, Georgia and Chattanooga, Tennessee.

On Easter Sunday, a large storm system moved across the south-east corner of the US, triggering dozens of tornados that left nothing but flattened rubble behind. An estimated 51 million people were in the path of the storm system. Almost 1.3 million customers, from Texas to Maine, lost power as a result of the storm.

The disaster couldn’t have come at a worse time. Many of the people affected by the storm were at home due to coronavirus lockdown orders set to limit the spread of the virus. Emergency shelters are struggling to maintain social distancing among the throngs of survivors.

We previously shared a drone video captured by WX Chasing showing the damage caused by a tornado in Mississippi. Today, we share a footage from David Waltermyer, who uploaded three videos yesterday, giving the rest of America and the world a view on the destruction. Waltermyer recorded all three on the morning of April 13, using his DJI Phantom 4 Pro V2.0 drone.

The drone footage takes us around Fort Oglethorpe, Georgia, showing us the damage caused by the tornado from the previous day. It shows the iconic golden arches of a McDonalds torn apart and buildings reduced to rubble, all right next to apartment blocks that remain untouched.

Across the state line, David flew his drone in Chattanooga, Tennessee, an area also heavily damaged. The video shows us a building that once used to house an AutoZone auto parts store flattened and indistinguishable. Many other damaged and destroyed buildings clearly outline the tornado’s path.

The second video from Chattanooga shows the damage the tornado caused to the Village of Ashwood and Haven at Commons Park Apartments. From above, it’s easy to see the path of the tornado, destroying many houses and apartment blocks while somehow missing others.

Drones are being used every day in disaster relief and search and rescue efforts when it comes to natural disasters, manmade disasters, and even in the coronavirus fight. Have a read of the following related articles to learn more: