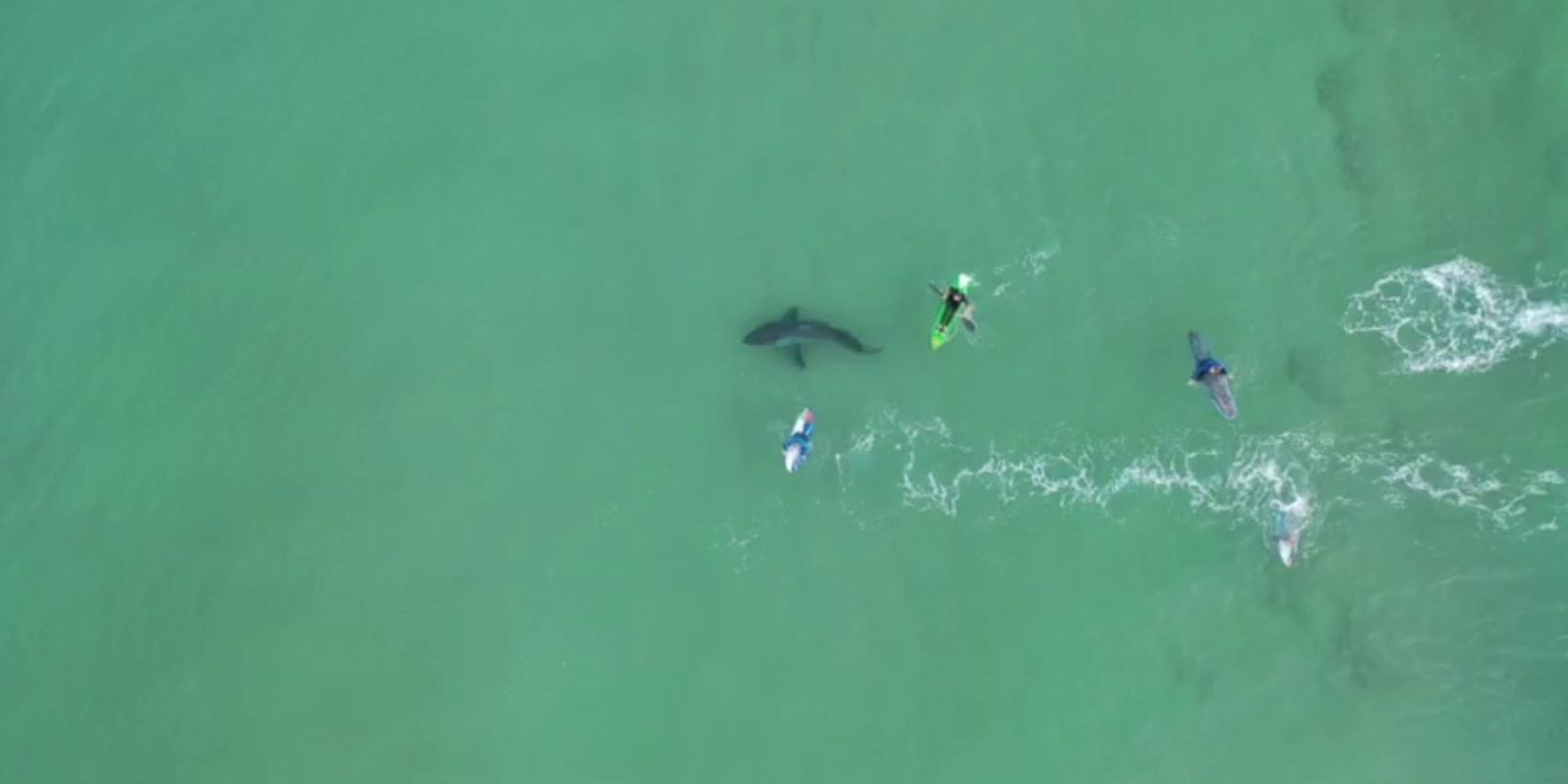 A drone has captured a great white shark swimming within inches of surfers paddling through the water in South Africa. Luckily no one was injured by the shark who was just investigating the surfers, according to Sarah Waries from the City of Cape Town (CoCT) Shark Spotters program.

The shark was spotted by drone in Plettenberg Bay in South Africa’s Western Cape Province on Tuesday. The video sent out a warning to many around the area to be extra cautious when in the water, especially those venturing out a little further.

Waries shared that the shark was aware of the surfers above and was just checking them out due to their inquisitive nature. Waries added that shark bites are rare, but people must understand the risk of being in the water with an Apex predator.

The City of Cape Town (CoCT) Shark Spotters have shared the following advice for those heading to the beach.

It’s not the first time a drone has spotted a shark, and it is becoming apparent that a drone might be something added to the arsenal of lifeguards around the world to make the oceans safer.