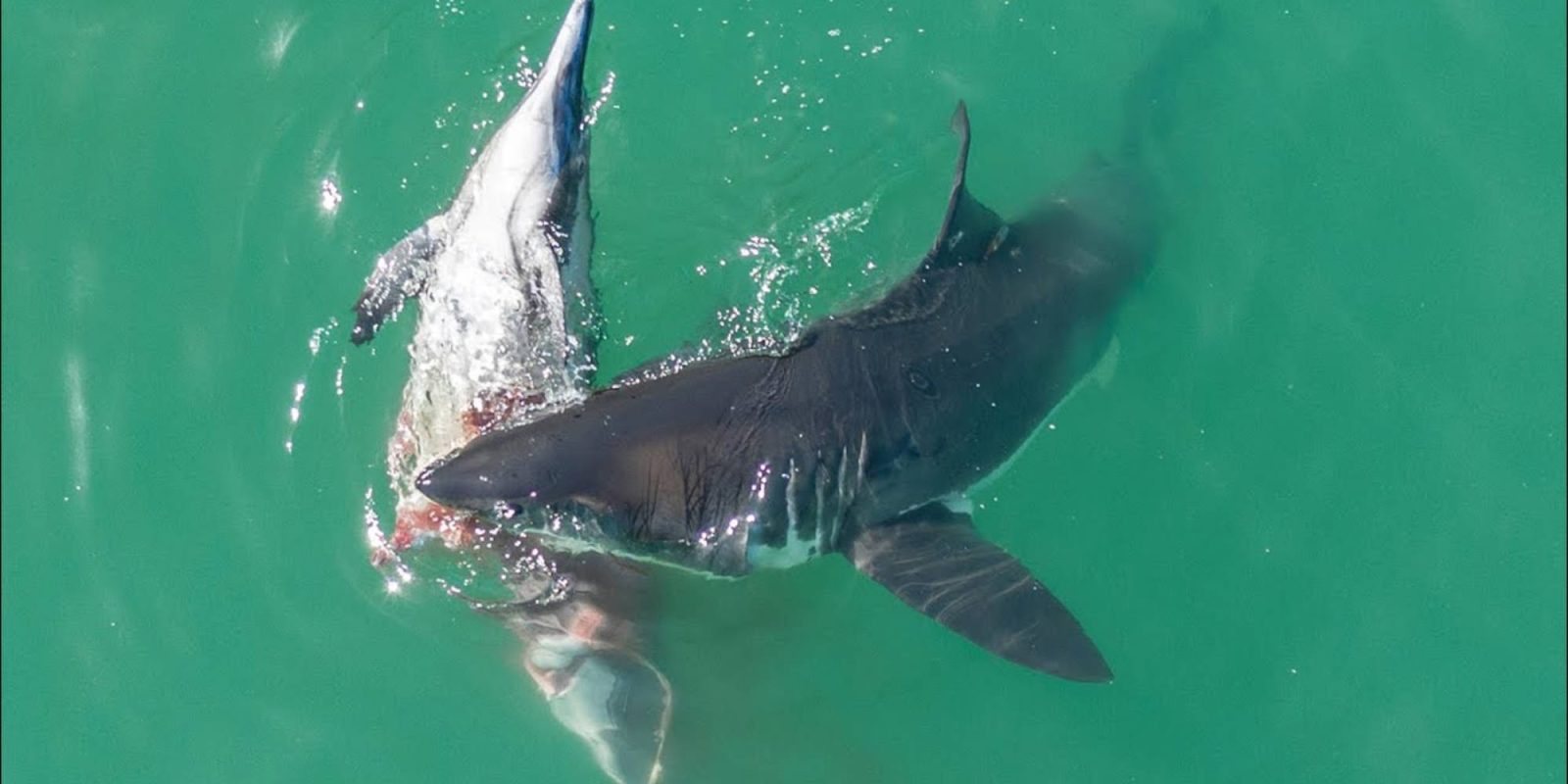 In the video from earlier this month we can see a shark circling a dead dolphin a few hundred yards off a California beach with nearby swimmers enjoying themselves without knowing the sharks were in the water. The shark continues to circle the dolphin for a while before a second one joins in and goes in for the first bite of the dolphin.

Meanwhile, a nearby boat sees the action and comes in for a closer look while the sharks continue eating.

The full video can be watched below but be warned that it’s fairly graphic.

It’s not the first time a drone has spotted a shark, and it is becoming apparent that a drone might be something added to the arsenal of lifeguards around the world to make the oceans safer.