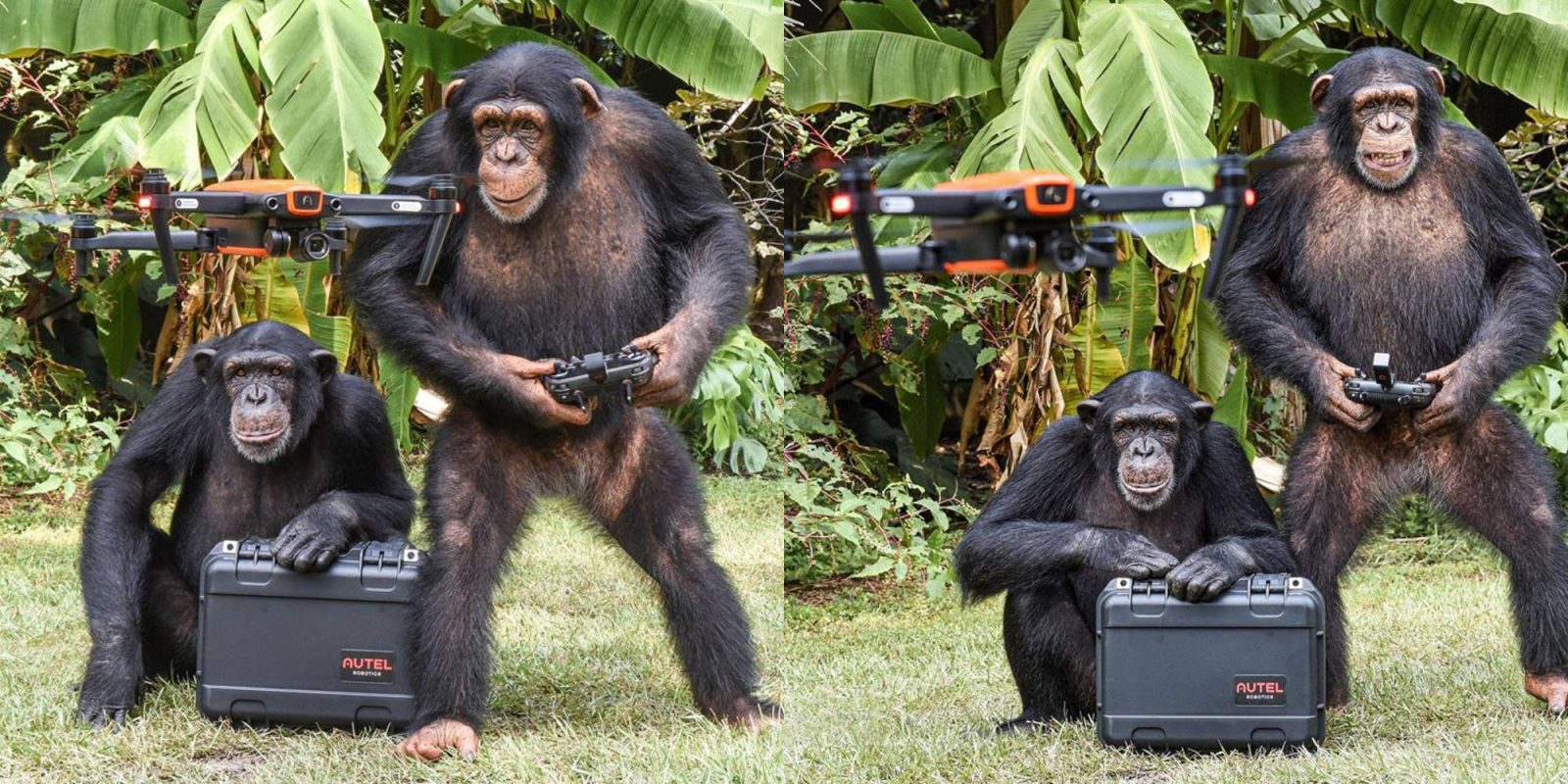 Apes have been photographed and videoed flying an Autel Robotics Evo drone at the Myrtle Beach Safari in South Carolina by Influential Drones, the video of the pair was first posted back in October last year has made its way to TikTok one week ago by photographer Nick B. A and has made its way over to Instagram a few days later.

In the short video we can see two apes, one standing and holding the controller to the Autel Evo drone, and the other sitting with the drone’s carrying case. The one flying the drone can be seen moving the sticks around to get the drone to rotate in position and moving it back and forth.

The ape looks to be able to fly the drone fairly well and seems to understand that he is in control of it, as it looks down every few seconds at the controller and then back up to the drone. The apes even pose with a smile for a photo, showing the amount of fun they are having flying the drone.

What do you think of the video below? Should they have given the drone to an animal that is wild after all? Let us know your thoughts in the comments below.

Why are they so good at flying the drone tho? 🤔🤣 #myrtlebeachsafari #drone #monkey

It’s not often we see these types of videos of animals being behind the controls, but we often see humans fly drones and capturing the wildlife. Drones have captured wild animals both recreationally and commercially for research purposes and tracking of various animals including whales and turtles. The drones can provide an aerial view at a lower cost than a manned aircraft can offer. In Australia, drones have been used throughout the recovery efforts from the bushfires, using thermal cameras to spot koalas and other stranded animals in trees, and on the ground in dense bushland.