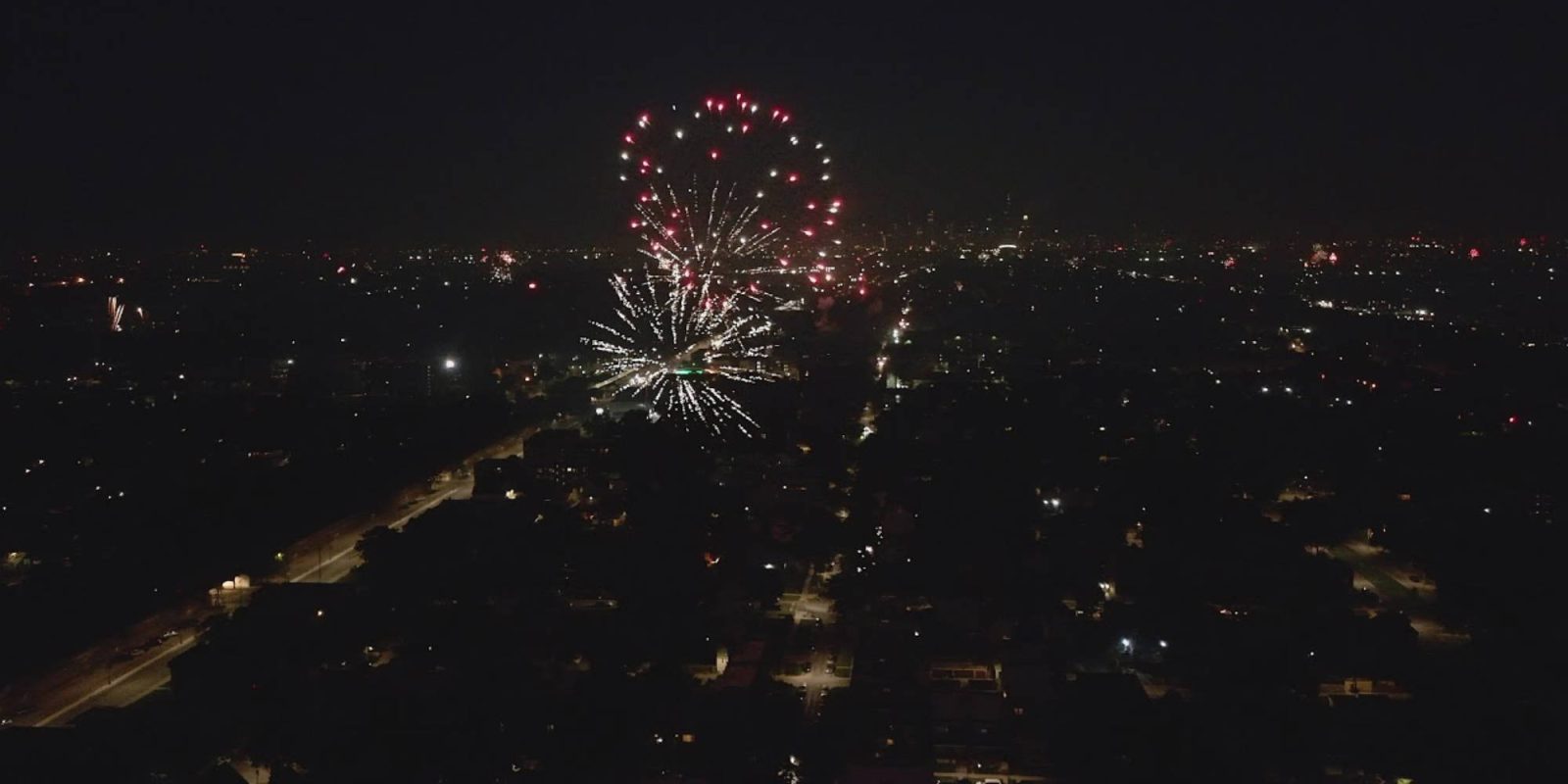 Take a look at the following drones videos from around the country which have managed to capture thousands of fireworks going off in cities creating an incredible video to watch and enjoy.

In Chicago, the YouTube channel John of Drones uploaded a video where he flew an Autel EVO II 8K drone around his neighborhood at around 300 feet to show the thousands of fireworks going off across Chicago. It is amazing to see all the fireworks going off close by and the ones going off miles away in the distance.

YouTube channels, SoCal Attractions 360 and WOW MEDIA took to the skies over Los Angeles showing the thousands of fireworks that seem to be going off above every block in the city. The videos are made even better with the sunset still leaving an orange tint on the horizon.

Drone light shows have been a hit ever since Intel started performing them at big-time events to show off what they are capable of. While fireworks are still more commonly used compared to drones, their usage is slowly going up. Check out the rest of our coverage on drone light shows and the countries that are using them the most.

What do you think of the videos above? Did you have a video to share? Let us know in the comments below.