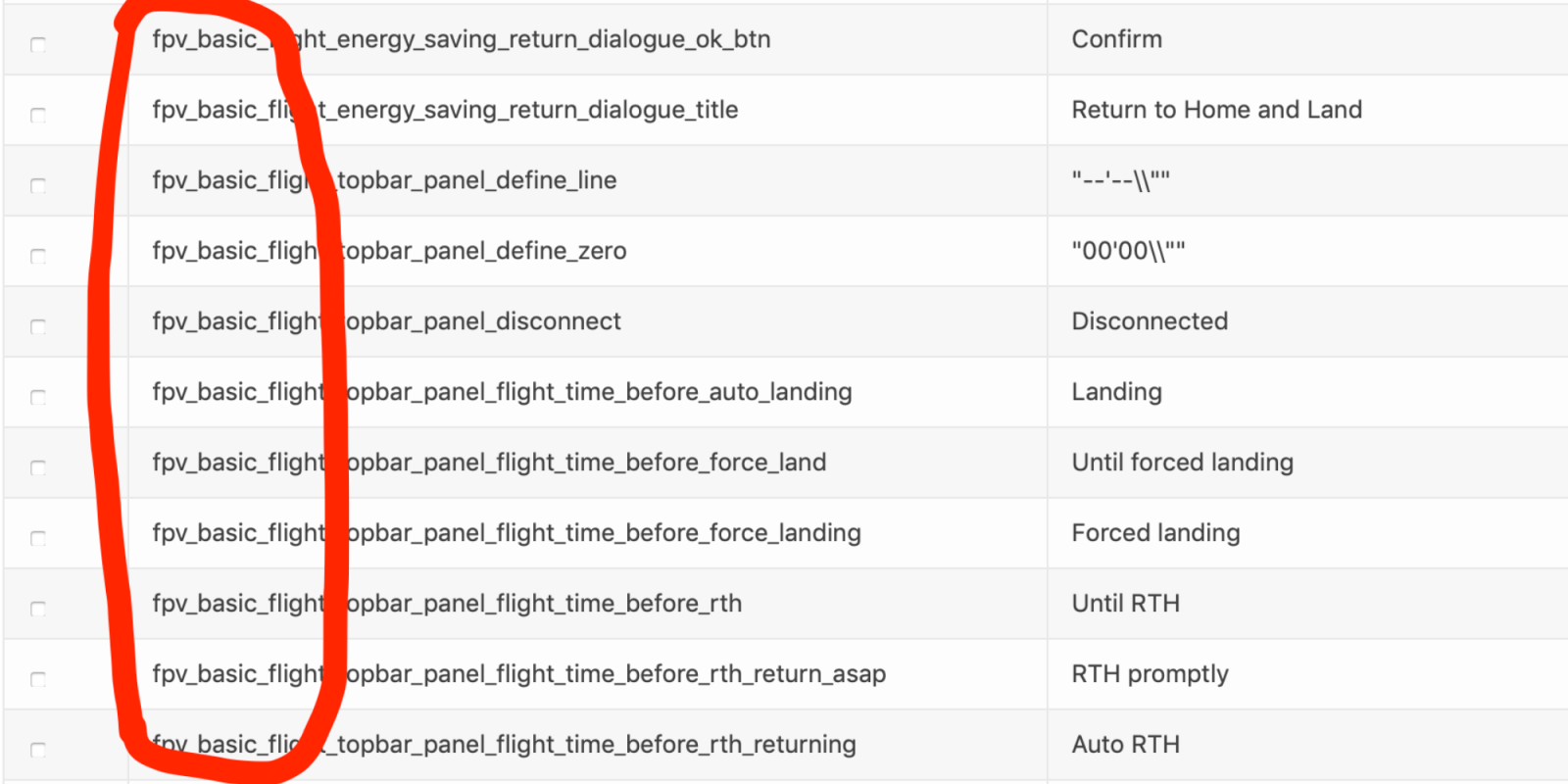 Well, well, well. About a week after a photo of what could be a DJI FPV racing drone was leaked, there’s further indications that DJI has something up its sleeve in Shenzhen. The latest version of the Android “Fly” app has some new, not obviously visible commands that seem to line up with speculation that DJI might be adding a drone to its FPV Camera/Googles ensemble.

If you’ve been following us (and we like to believe you should), you would have heard that a leaked photo got everyone buzzing about a possible DJI FPV drone. The image was heavily pixelated, for sure, but there were enough tantalizing features there to make us salivate.

It looked like it was ruggedized. The motors were larger. And, where we’re normally seeing a delicate gimbal and camera assembly, we saw what appeared to be the exterior shell or protective casing for an action camera. We got pretty excited, looking at this. And so did a lot of other people. Here – have a look!

Thank goodness for smart people. In this case, people smart enough to compare differences between the newest update for DJI’s Android Fly app with the previous one. For those of you keeping score, that means looking at strings that were added between Versions 1.1.6 and 1.1.2

In this case, those smart people are from our sister-site 9to5Google.com. Special shout-outs to Kyle and Abner for this one.

Anyway, that comparison reveals something very interesting: A whole ton of new strings with the FPV acronym. Just look at them all:

What does it mean?

Well, it’s not too much of a leap to infer that if DJI has added a bunch of lines with “FPV” in them to its new app…that those strings would have a use down the road. Does it mean the drone we saw leaked – that weird pixelated image – is truly an FPV racer from DJI? And that it will be released soon?

We’d like to say unequivocally, but without further information, we just can’t. Another possibility is that DJI may be about to release a Cinewhoop-style FPV drone. This would not be a racer, and would allow DJI to put in some obstacle-avoidance tech and/or flight modes that might minimize the chances of an accident. Such a drone would also still be able to take advantage of companion products like DJI’s FPV system.

It might also be possible that these FPV strings are simply related to features with respect to DJI’s camera/goggles, which the company could theoretically integrate with the forthcoming Mavic Pro 3.

We’ve dropped a note to DJI with our findings. They are looking into this now and will let us know.

And when we know, you’ll know. It is no secret that DJI is working on an FPV drone so this should be quite interesting either way.