Will the DJI Mavic 3 come with a LiDAR scanner? 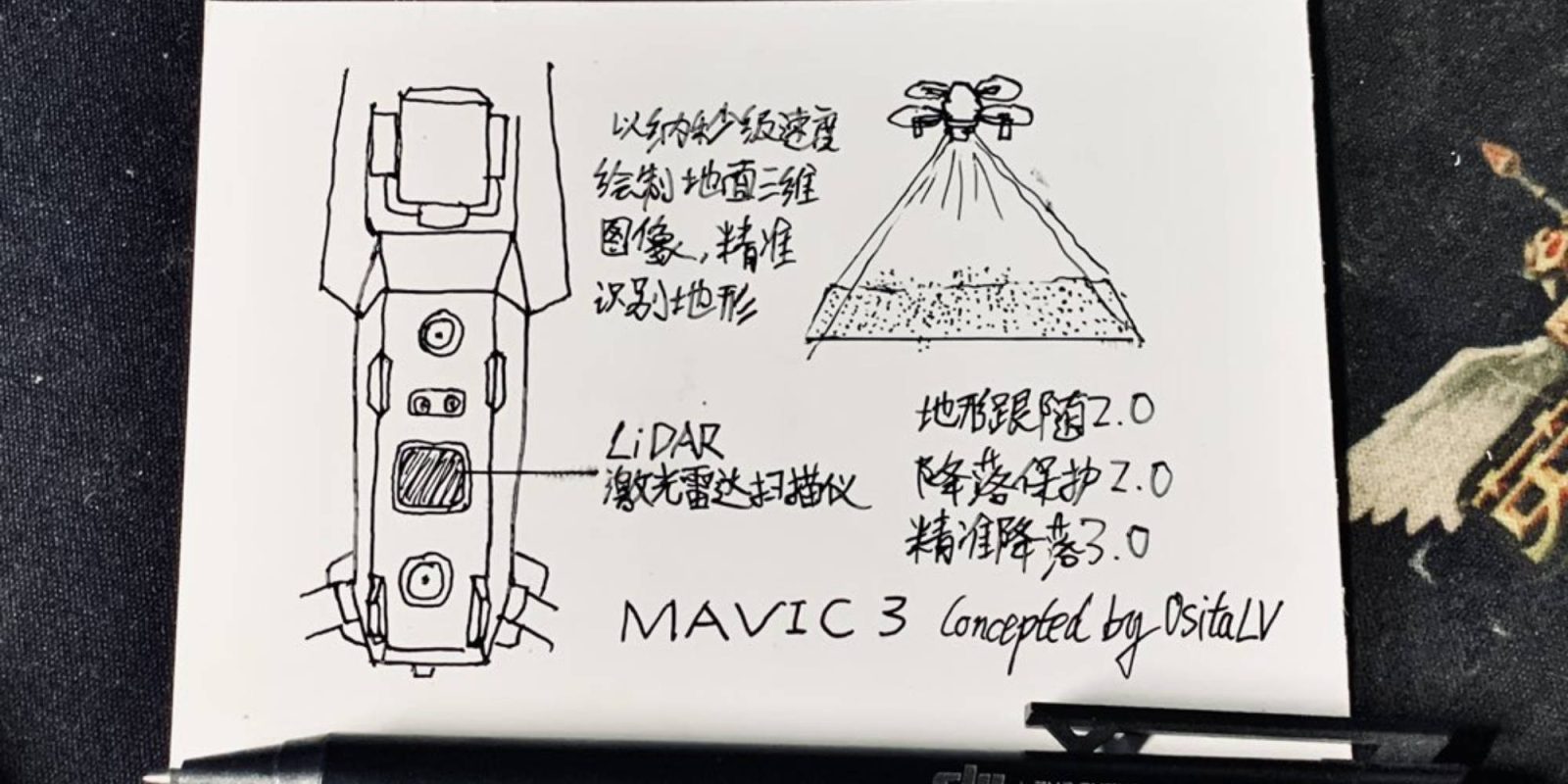 Would DJI do it on the Mavic 3?

I’m a bit on the fence for this one for the following reasons. I can see DJI adding a LiDAR scanner to the Mavic 3 as it would once again take the Mavic line to the next level that DJI always wants to reach.

A scanner could allow you to do more with a single drone, including 3D mapping, distance measuring, and elevation changes.

On the other hand, the Mavic line has always been focused on photography and videography, which means that DJI improves the camera as much as possible every year rather than adding extra features.

A LiDAR sensor or light detection and ranging sensor is a common accessory on the larger commercial drones, allowing for obstacle avoidance in GPS-denied environments and creating 3D maps of the real world.

The LiDAR scanner in OsitaLV’s drawing is bottom-facing, meaning it would have little to no use for object avoidance. Rather, it would be used in other applications that would benefit from vertical LiDAR.

An issue with a bottom-mounted LiDAR scanner is its ability to see everything from a top-down perspective. This would likely not be an issue for DJI as it would code the LiDAR mode to scan from multiple angles and heights to get every nook and cranny of the target area. Maybe DJI would add LiDAR capabilities to the drone in a similar way with accessories on the Mavic 2 Dual Enterprise.

Another issue we have seen over the last year is manufacturing and production line issues resulting from COVID. Implementing a LiDAR sensor means another part that has to be sourced and added to the drone, resulting in longer manufacturing times. Likely, DJI hasn’t quickly sourced the LiDAR sensor, forcing it to leave it off completely or create a Mavic 3 model with a LiDAR sensor.

You can check out the rest of our Mavic 3 related content below: