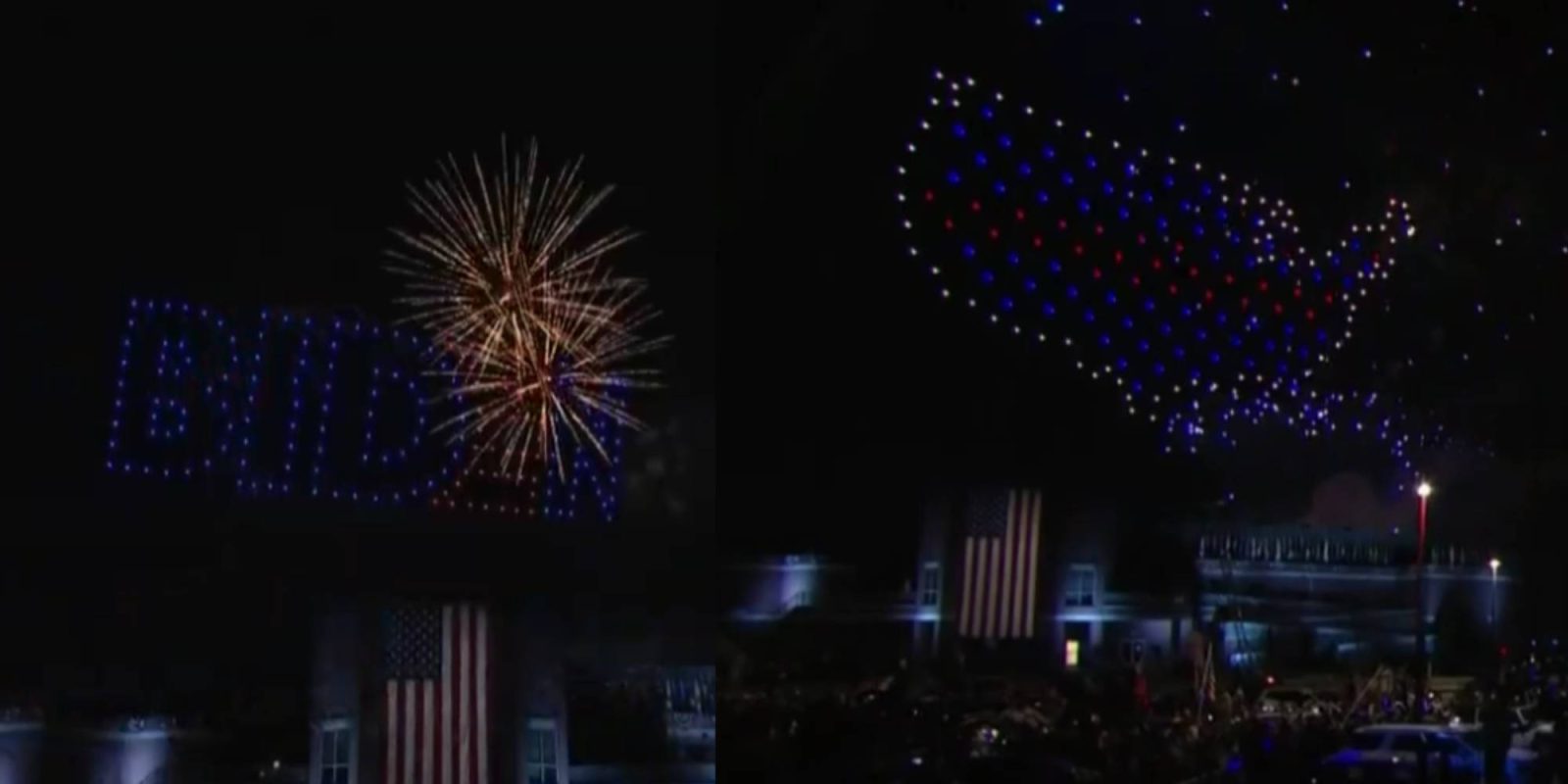 Joe Biden took to the sky tonight with a drone light show in celebration of being projected to win the presidential election and beating Trump to become the 46th U.S. President. The drones took to the sky after Biden addressed the nation with Vice President Kamala Harris.

Drones took to the sky alongside fireworks to create an impressive aerial display. The show started with the usual fireworks. Within a few seconds, drones appeared out of the darkness to create stars in the U.S. colors with A Sky Full of Stars by Coldplay playing in the background.

While Biden and Harris looked on in awe with their families from the stage, the drones then formed Biden’s campaign logo used in the 2020 election. With a few of the drones in the background, creating a glimmering star effect, the rest began to create an outline of mainland USA before filling it in with blue and red.

As part of the final sequence, the drones created the words “President Elect,” with the fireworks perfectly aligned to make it look like they were shooting out of the drones. To finish the show, the drones formed Biden’s name, the number 46, which links to him being the 46th U.S. President, and finally Harris’ name.

You can watch Biden and Harris’ speech below with the drones taking to the sky shortly after. The embedded video begins just as the fireworks and drones begin.