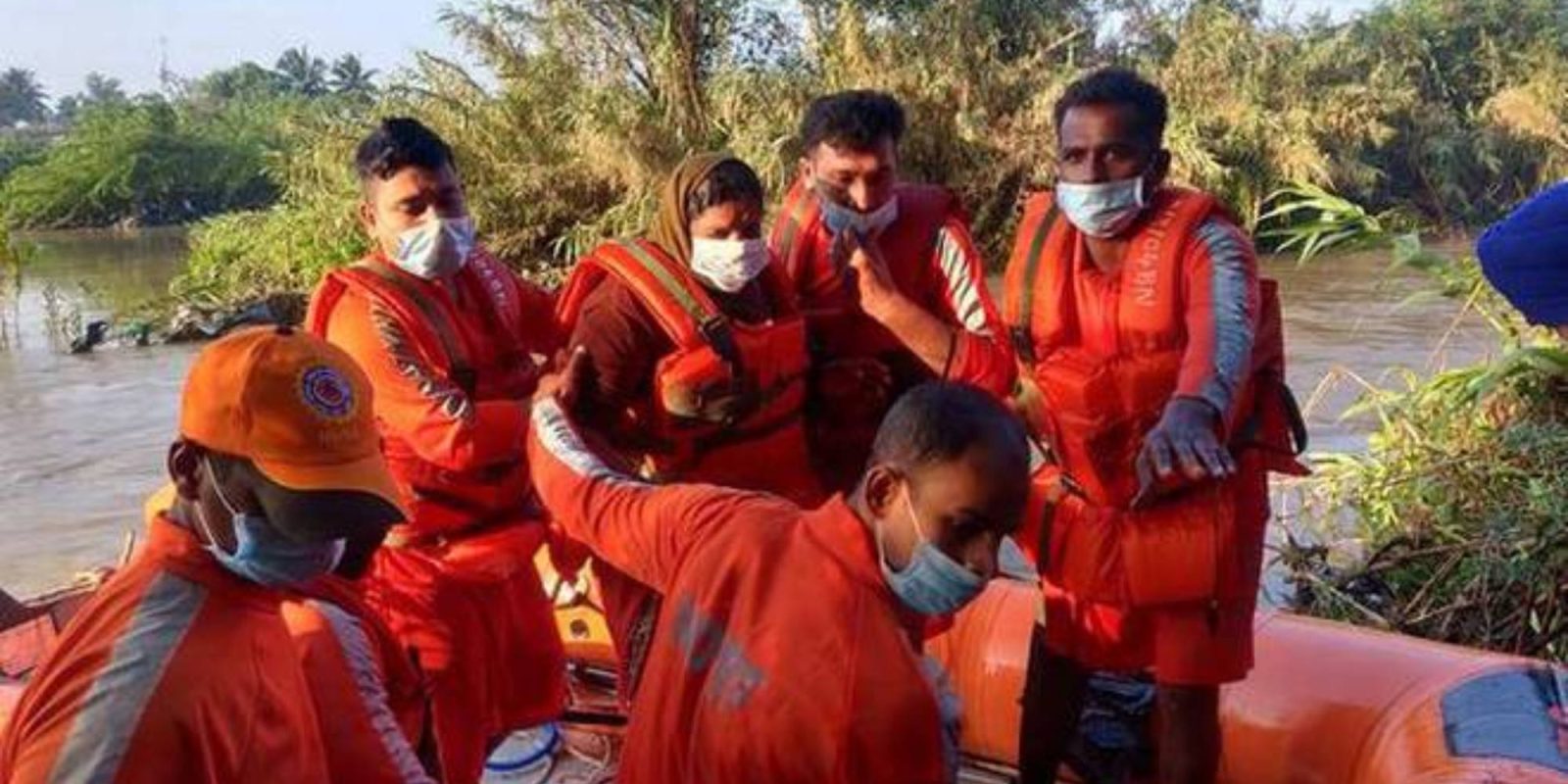 A drone has been used by the National Disaster Response Force (NDRF) to rescue a 55-year old Indian woman stuck in the middle of the Koundinya river. The woman was rescued from waist-deep water on Saturday morning.

The 55-year old woman lives with her husband in the middle of the Koundinya river in a raised house with a pigsty nearby. The house, usually above the water level, met its match when a large amount of water was released from the dam.

At the same time, her husband went to the nearest village, leaving her in the house. When he got back, he found the house was cut off, and water was gushing into it. He went to authorities, who sent out the fire and rescue services, which wasn’t able to rescue her after hours of trying.

The National Disaster Response Force (NDRF) was then called in to get the women to safety. The 16-man team arrived at the scene on Friday night and sent a drone up to check her condition and make sure she would make it overnight. She was even able to cook some food to sustain her through the night.

After a night stuck in the house, the NDRF began the rescue operation. The drone was sent up again to get her exact location and ensure she was still okay. The rescue team then went in on an inflatable boat to reach her. They successfully rescued her.

It turns out that the surrounding houses were all evacuated, but the woman refused to leave. If you take her side of the story, she says that she wasn’t aware that the water was going to be released into the river.

Either way, it’s great to see that she is safe. It is always cool to see drones being used in emergencies and proving their value to the world. You can check out some of the other drone-aided rescues that exist below: