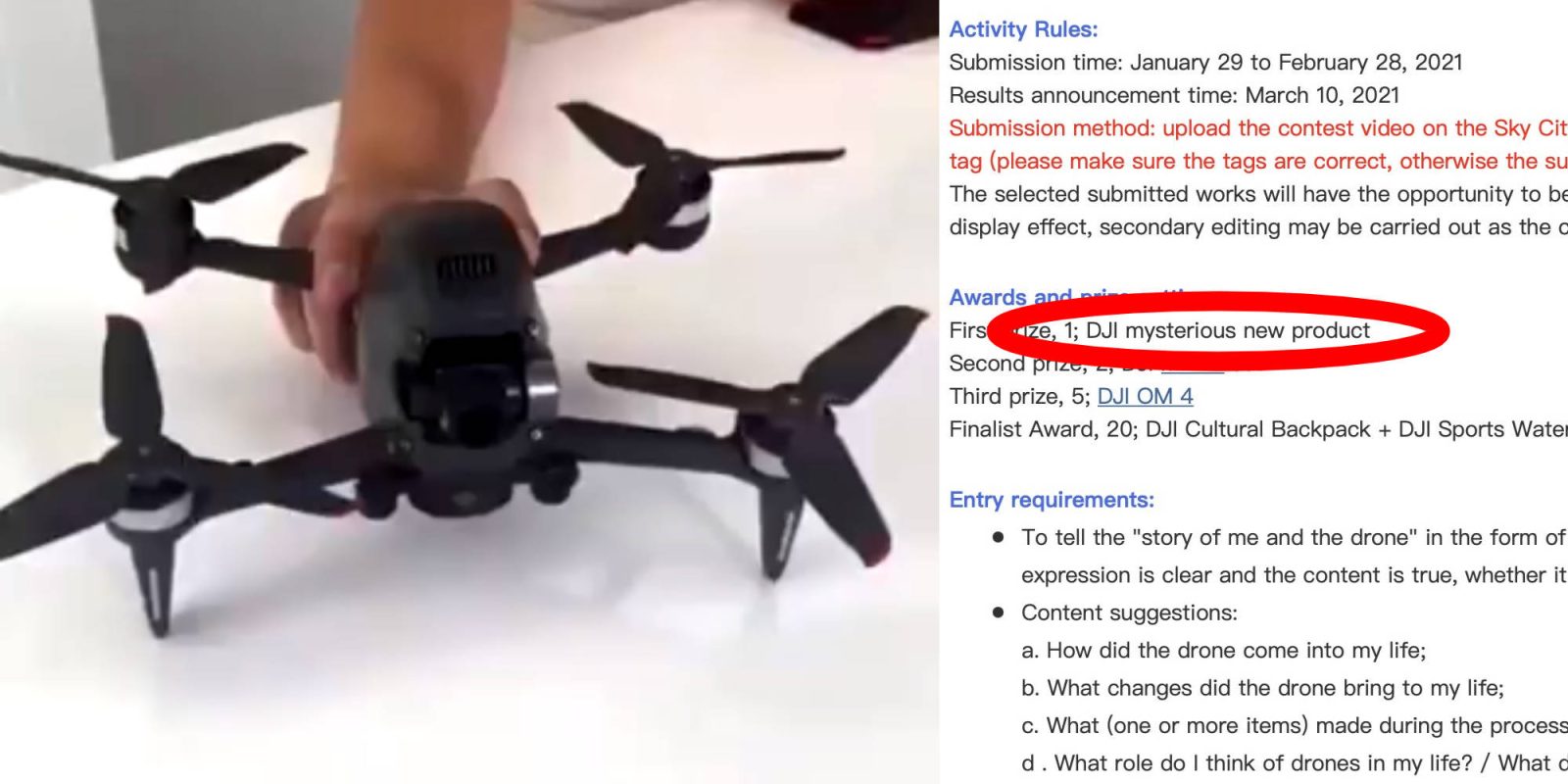 Leaks continue to show what the DJI FPV drone looks like before its release, and today is no different as we take a look at two recent ones that give us a possible release date timeframe and the sound the drone makes on startup.

Earlier this week, images of a DJI giveaway was shared online that mentions the first prize being a mysterious new product. The giveaway requires entrants to create a story about themselves and a drone. On the page, it shares that it’s open from January 29 to February 28, giving you about a month to submit your entry.

More interestingly, the winners will be announced on March 10. If we look at a previous leak that mentions the drone will come out after Chinese New Year, it means that we now have a possible 25-day or so period that the DJI FPV drone could be released in.

While we obviously don’t know when the FPV drone will be released, getting a second date in line with what the first leak suggested is a good sign. It would make sense for DJI to release or announce a new product before giving it away in a competition.

Now for the video. We don’t get much out of the video, other than the drone being turned on and going through its classic DJI startup sequence. Rather than making the usual noise we expect from DJI drones, it makes a sound that best resembles a transformer.

Once the person in the video turns it on, the motors move three times before the sound begins. Simultaneously, the propellers now begin to rotate back and forth quickly to make it seem more realistic. The two front landing feet also light up red during this time, and the gimbal, which begins to initiate itself just like other DJI drones.

There is always a chance that this new video could be fake, and it wouldn’t be too hard to dub audio over a clip like this. That being said, it doesn’t look like it to me. If you have a DJI drone or have ever seen one being turned on, you associated it with that iconic startup sequence consisting of motor noises and a short jingle, and there is no doubt DJI will add a similar sequence to its FPV drone.

Take a listen for yourself.

Check out the rest of our coverage on the DJI FPV drone: