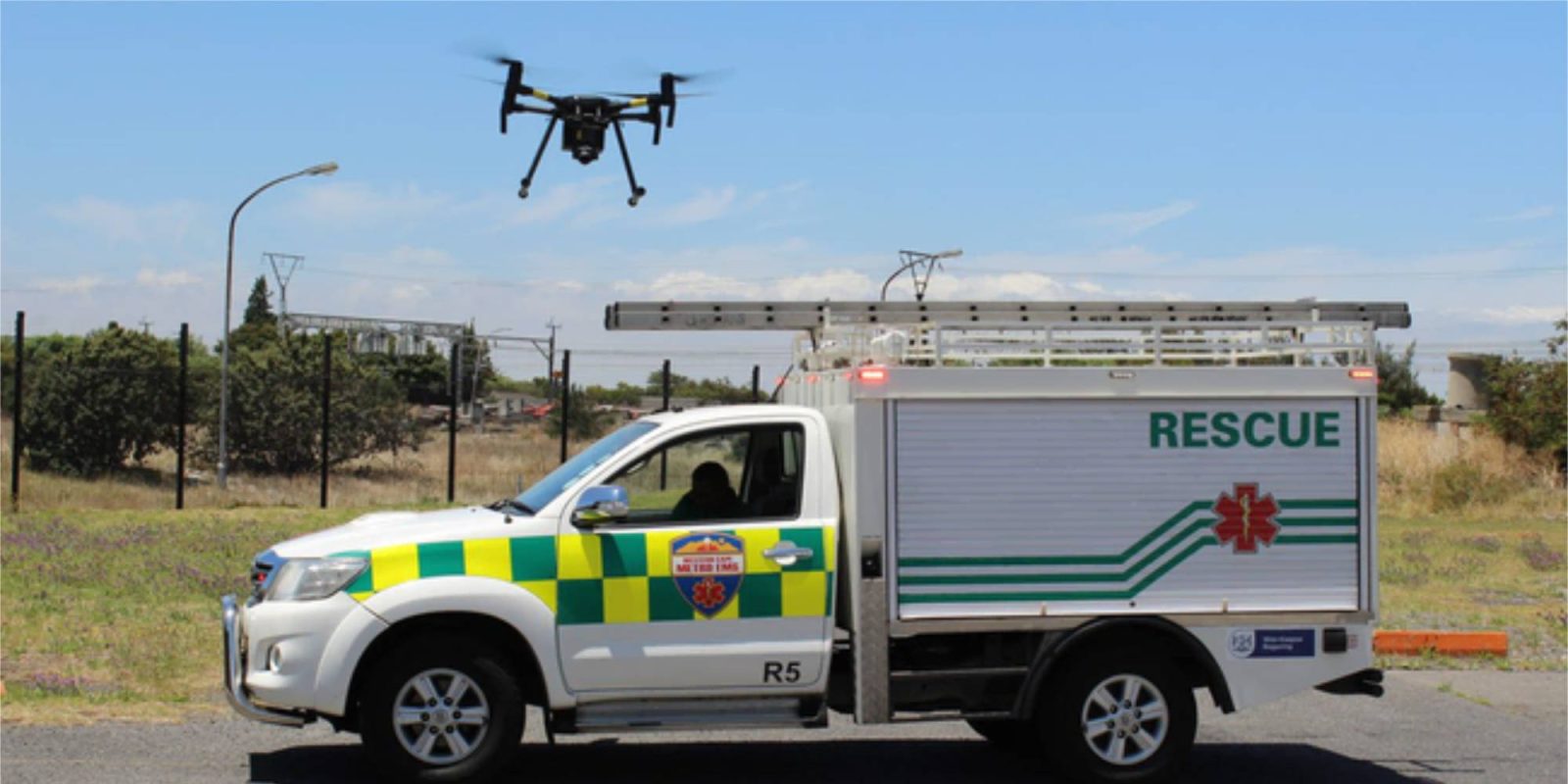 A drone has helped officials rescue a hiker stuck on South Africa’s Table Mountain earlier this week after not being able to proceed back down the mountain. The rescue team was unable to reach the man and called in a drone to help the search.

At around 10 a.m. on Wednesday, the Wilderness Search and Rescue team was requested to assist a hiker on Table Mountain who didn’t feel safe coming back down the mountainside.

The man managed to send an image of his view to help get the rescue team to his location. Unfortunately, the photo didn’t prove helpful after spending around an hour searching for him.

This prompted the Western Cape Health Department’s Emergency Medical Services division to step up to the job with its newly purchased drone. The drone was able to spot the guy on the mountainside and allowed the team to understand better what it needed to do.

We were not able to make an informed decision on exactly where on the rock face he was, or even how high up or down he was stuck. The Emergency Medical Services division of the Western Cape Health Department recently acquired a drone and have duly trained staff to operate the drone.

Earlier in the week, The Table Mountain National Park reminded people that Table Mountain is a no-fly zone unless needed for an emergency like this case. According to the Protected Areas Act, no one is allowed to fly a drone below 2,500 feet of a national park’s highest point.

Check out some of the other search and rescue missions that have been aided by drones below.