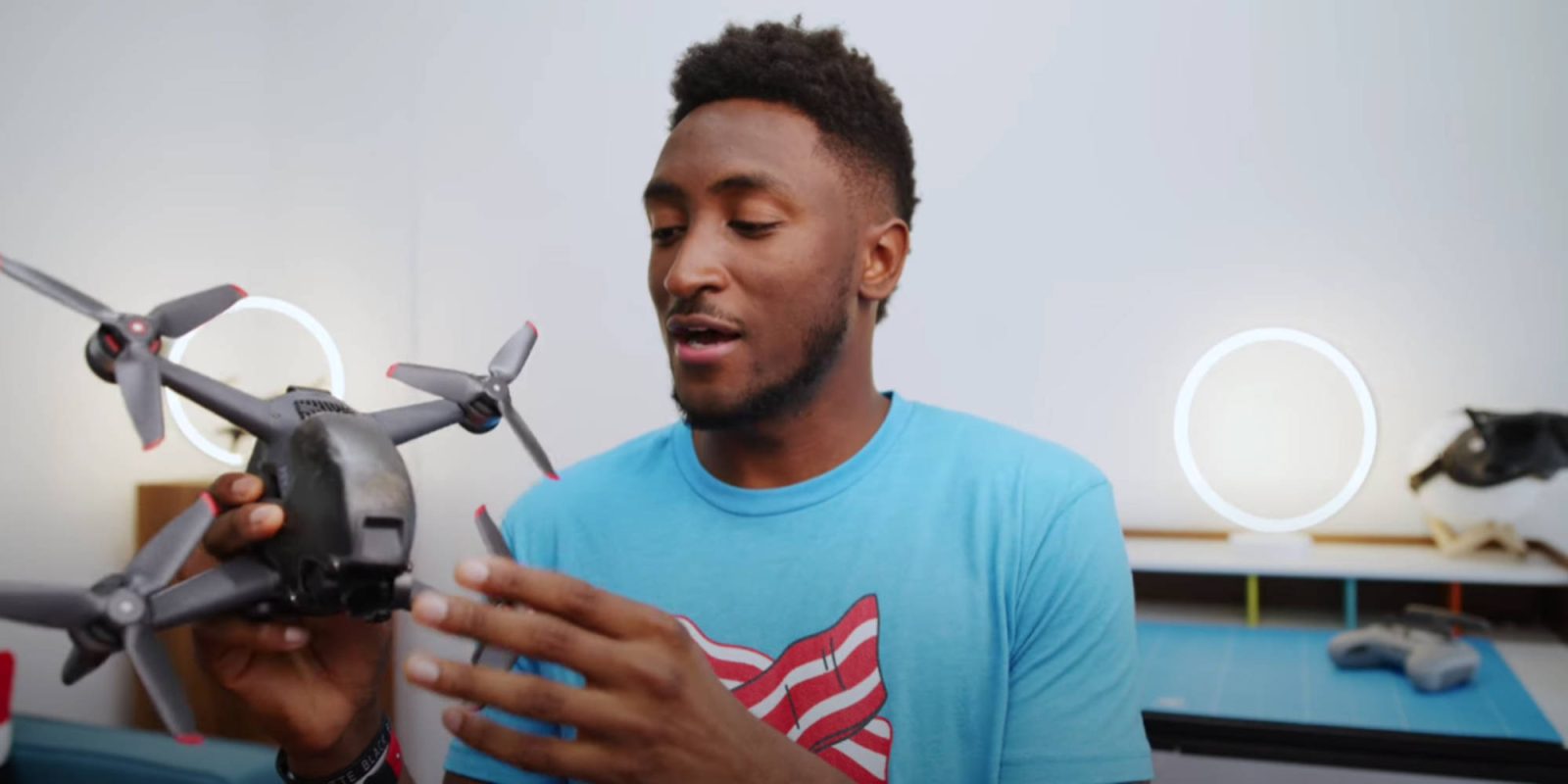 Arguably the biggest tech YouTuber, Marques Brownlee (MKBHD) has taken the DJI FPV drone for a spin with a high-speed electric car. While the video is focused on the drone and the car, some other tech makes its way into the video, making it even more worth watching.

Before getting to the FPV drone, Marques takes us through the two types of consumer drones on the market.

A photography drone and – the focus of the video – FPV drones. He then discusses the current FPV drones on the market that are more DIY, require a fair amount of setup to get working, and have shorter flight times.

Now on to the FPV. MKBHD puts it in a way that really explains what the DJI FPV drone is to the audience, a mix of DJI’s past drones and the faster, higher-performance FPV drones. Essentially an FPV drone with DJI’s touch.

Later on in the video, when the focus shifts to the car, you might have noticed the camera angle from inside the car was slightly wider and more distorted than usual. That is because it was all filmed on the newly released Insta360 GO 2, which in itself looks to be a promising tiny camera to equip to an FPV drone.

While the DJI FPV drone was used to capture any electric car shots, Marques did announce that he will be working with Top Gear on future episodes on the hit Autofocus series. This means that we will likely see more FPV footage coming from the channel, which is exciting!

Make sure you watch the full video below!

Check out the rest of our coverage on the DJI FPV drone.