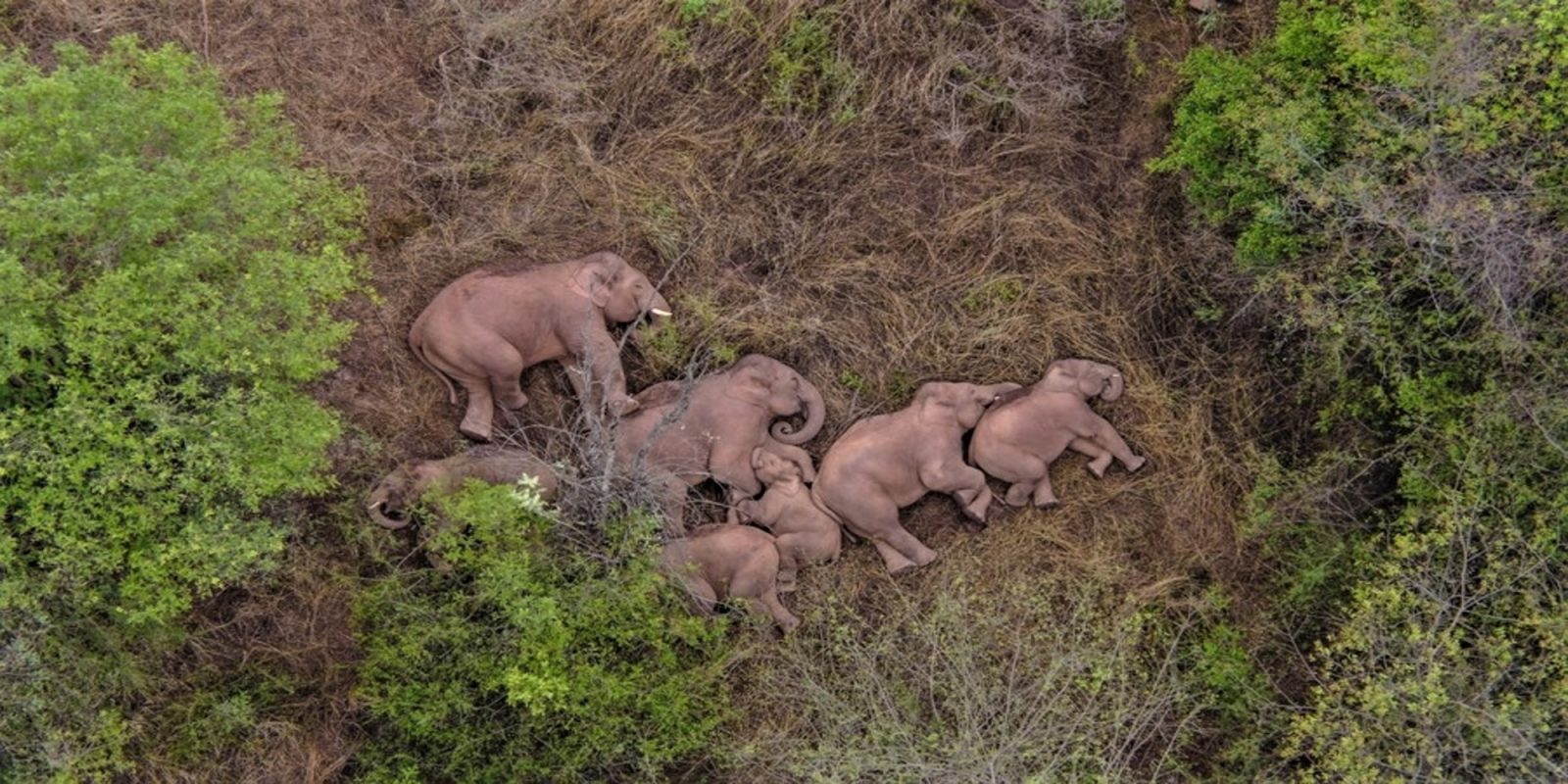 Oh look, China’s footloose elephants are now getting a taste of international stardom! While millions in China have been tuning in to livestreams of the marauding band regularly, now netizens around the world are also drawn to their cutesy antics. And the drone video we’ve got here today is only going to fetch the wandering group even more fans.

When we first wrote about this nomadic herd last week, the 15 wild Asian elephants were already more than 300 miles away from their home, a nature reserve in China’s Yunnan Province. The troupe had been happily smashing up barns, draining water tanks, devouring whole fields of corn, munching out of rubbish bins, and tearing into shops.

But since elephants receive A-level state protection in China, authorities have been quietly monitoring the herd’s movements with drones. And to keep the mammals away from crowded cities, either roads are being blocked with construction trucks or food is being used as bait.

One male elephant, though, has quit the band in the past week and is now trotting away on its own, some 7.5 miles away from the herd.

The others, meanwhile – six adult females, two adult males, three juveniles, and three cubs – were recently spotted by a drone taking a snooze in the outskirts of the Kunming city.

The video you’re going to see shows the herd lying down together in a forest, with their legs and trunks sprawled. One of the baby elephants, however, is not sleeping as soundly as the others. And it makes for seriously cute viewing! Take a look:

That fidgety baby elephant is clearly a breakout star.

We have no idea why the elephants are making this journey in the first place.

Liked this story? Then, you don’t want to miss: