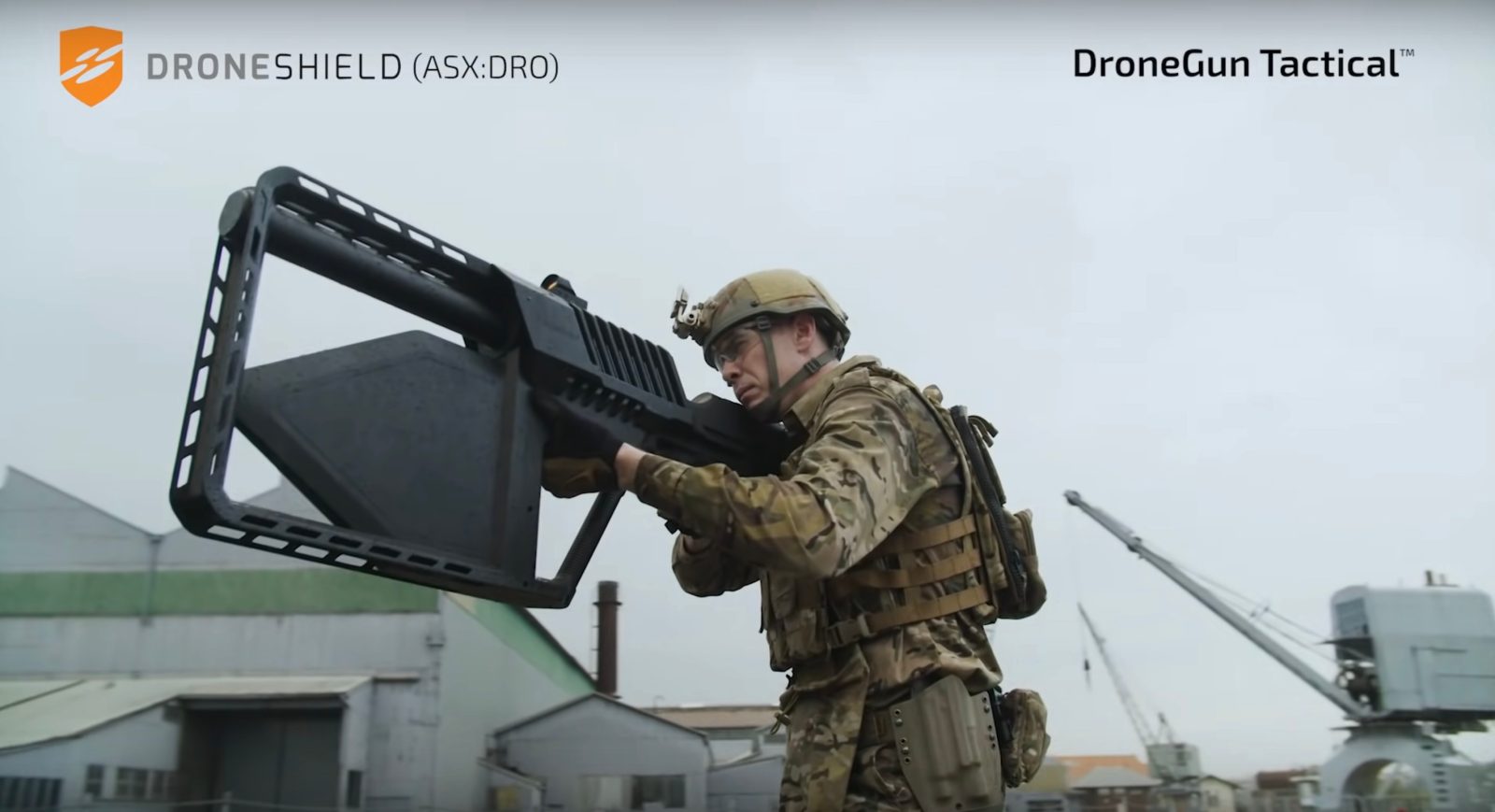 Imagine a formation of unidentified drones brazenly violating banned airspace over a major international event just as dignitaries arrive by helicopter to kick things off. The security threat created would be off the charts – unless you had an enormous high-tech gun capable of picking drones off from far away. That’s exactly what happened, and without fuss, at the opening ceremony of the 30th Southeast Asian Games in the Philippines in 2019.

Security forces reacting to that situation used DroneGun Tactical jammers to take out four uncrewed aerial vehicles (UAV) that had suddenly, simultaneously appeared as the helicopters carrying Philippine President Rodrigo Duterte and foreign leaders arrived for the Southeast Asian Games opener. Manufactured by Australian security tech company DroneShield, DroneGun Tactical units took control of the suspect craft and brought them to the ground where they could be neutralized.

Access to that kind of asset is no small consideration to security forces that have witnessed increased use of commercial drones in attempted political assassinations and attacks on police by criminal gangs.

Though initially angled toward military use, DroneGun Tactical’s anti-UAV tech provides solutions for any potential users dealing with danger – or merely nuisance ­– from the skies. The unit has not only proven efficient in dealing with invasive or hostile drones, but also adaptable according to varying situations.

Depending on objectives involved, DroneShield says DroneGun Tactical will jam radio or satellite command feeds to either force craft down for capture, or order them to fly back where they came from. Video displays to pilots are interrupted as soon as the gun takes control of drones. Images and other data stored on grounded UAV can be analyzed on the enemy drone, or flown back to less problematic owners.

The unit uses non-kinetic jamming technology, and features five frequencies corresponding to different intervention objectives that can be selected on a dial facing the drone shooter. It operates on two rechargeable 14.4 volt lithium batteries that function up to two hours. It also has a long range – bringing targeted craft down from as far as 2.5 km away.

DroneShield Tactical interceptors are big puppies – 56 inches long, 18 inches tall, 8 inches wide, and weighing in at 16 lbs. Though they have not yet received Federal Communications Commission approval for use or sale in the US, DroneGun Tactical blasters were among those used by Belgian police during President Joe Biden’s visit this month.