KFC is using drones to deliver its chicken in China 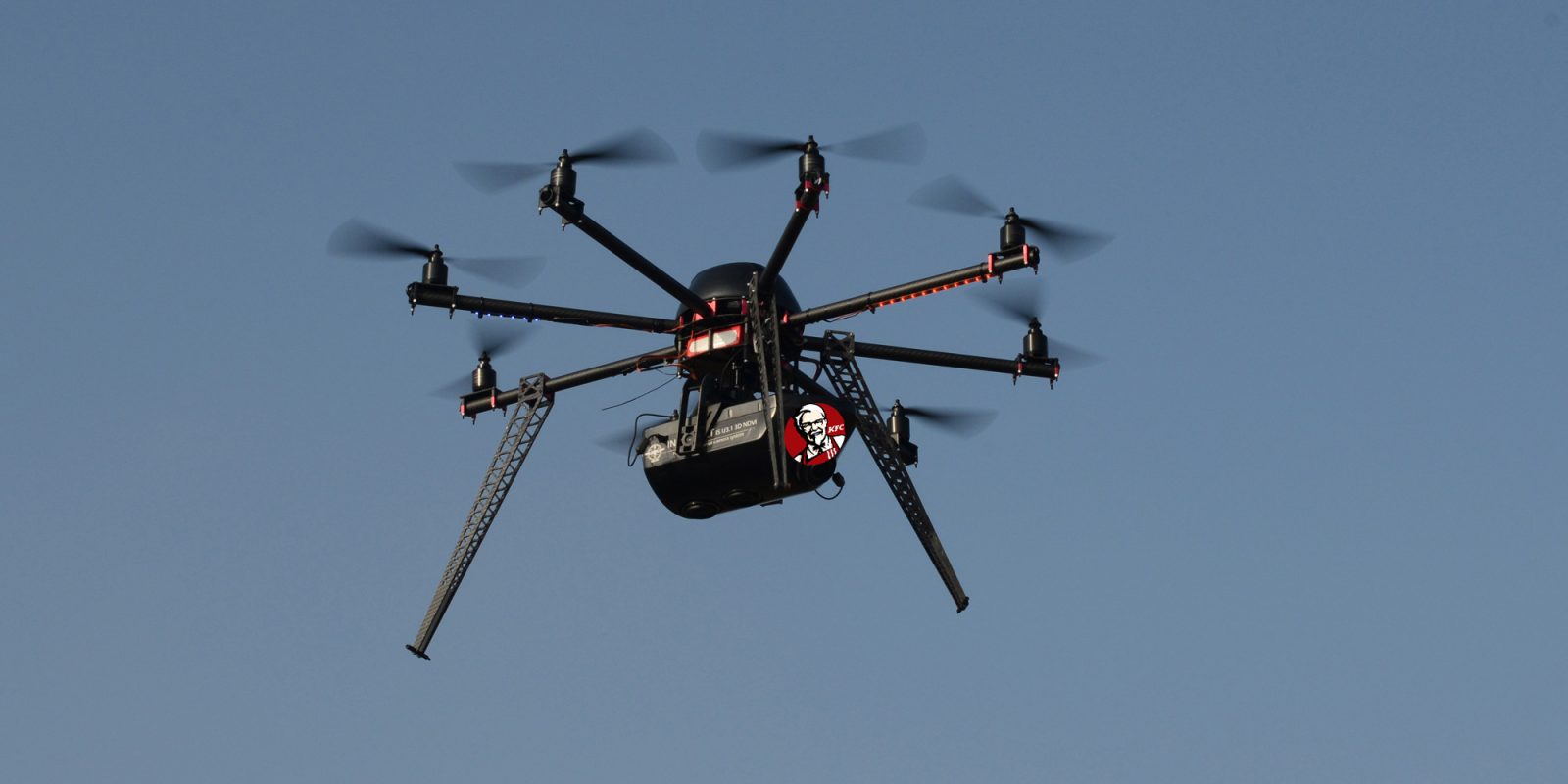 Fast-food giant KFC is delivering its finger-licking good chicken by an autonomous drone system. KFC has teamed up with Chinese tech company, Antwork to bring drone delivery to the people of China. Drone delivery in China is nothing new with various companies already delivering food.

KFC is using drones to deliver its chicken in China

The video shared on LinkedIn originally appeared on TikTok of a female KFC employee placing food into a drone station where a drone then appears out of the top and flies off.

Previously, Antwork worked with Starbucks delivering coffee to more than 10,000 people while completing around 9,000 drone deliveries.

From the video, we can see a drone station with a slide-out box where the food is placed into it by the employee. The box then slides into the drone station where it is automatically placed in the drone. The drone then flies off to its drop off location, where we assume the customer will be waiting for their food.

Take a look at the other companies taking on drone delivery: