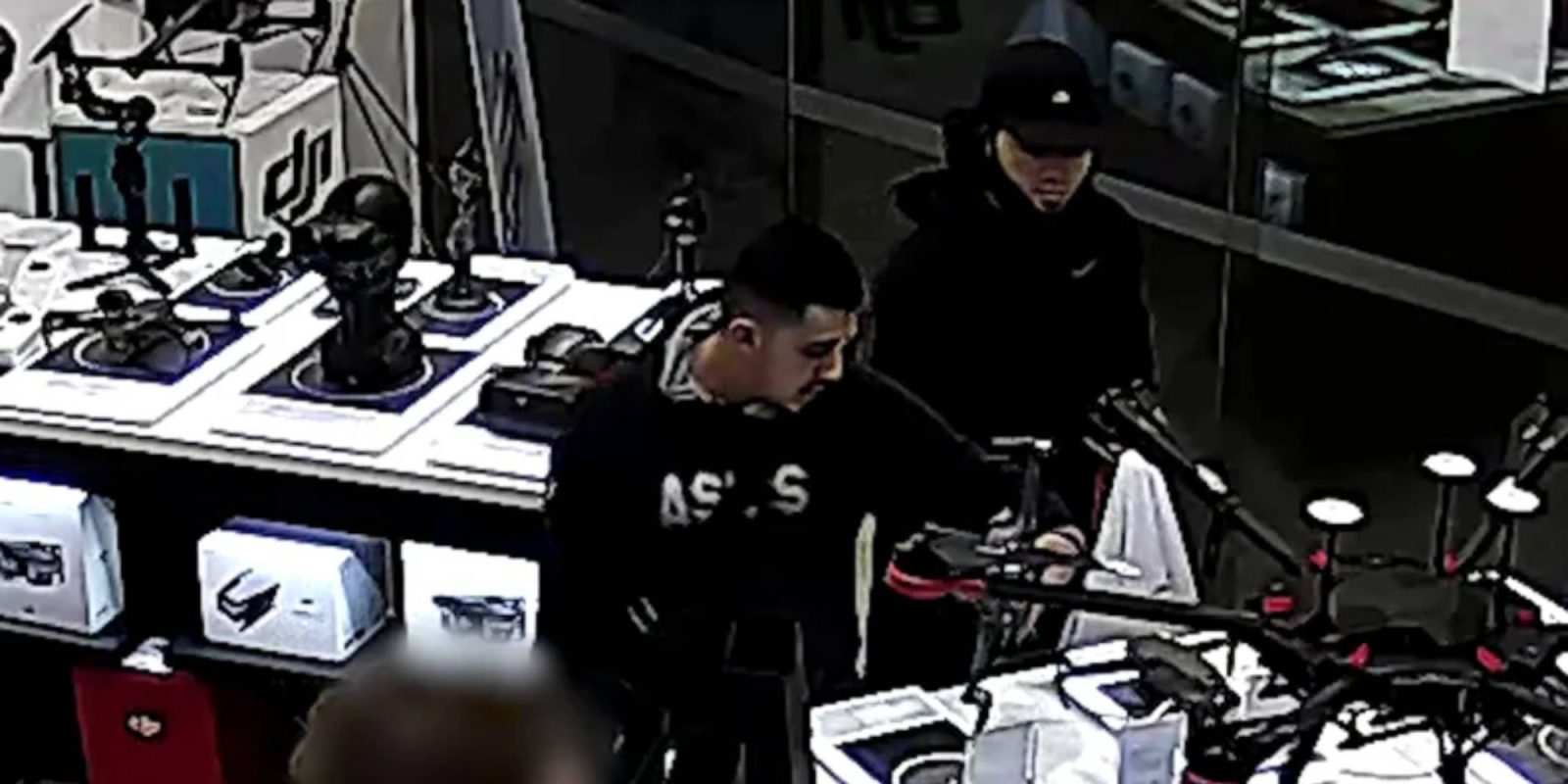 The New South Wales police are looking for two individuals they believe could help in an investigation relating to a drone that failed to drop drugs into a Sydney jail. The two individuals reportedly purchased the drone used in the failed prison drug drop.

Back in June, a person found a drone on a street near the Long Bay prison in Sydney with a package containing buprenorphine, a SIM card, and various other electronics. A day after the drone was found a fight broke out, which is believed to be over the limited amount of drugs available in the jail due to the COVID visitor restrictions.

After these two events, detectives got to work to figure out if a drone was being used to get drugs into the jail. The detectives said there was some level of planning involved in preparing the drone, due to the items found with it.

Fast forward to this month, police shared images yesterday via CCTV footage from inside one of DJI’s stores in Sydney of two men believed to have a connection to the drone drop. The two can be seen walking around the store and picking up a Mavic 2 along with asking about it and the price. Shortly after, the two can be seen at the checkout waiting for their new drone.

The two men have been described as being Middle Eastern and in their mid to late 20s. One has a smaller build and short dark hair. The other has a larger build with long hair, and a beard. The police has asked anyone with information to contact Crime Stoppers.

Drones spotted near prisons around the world: