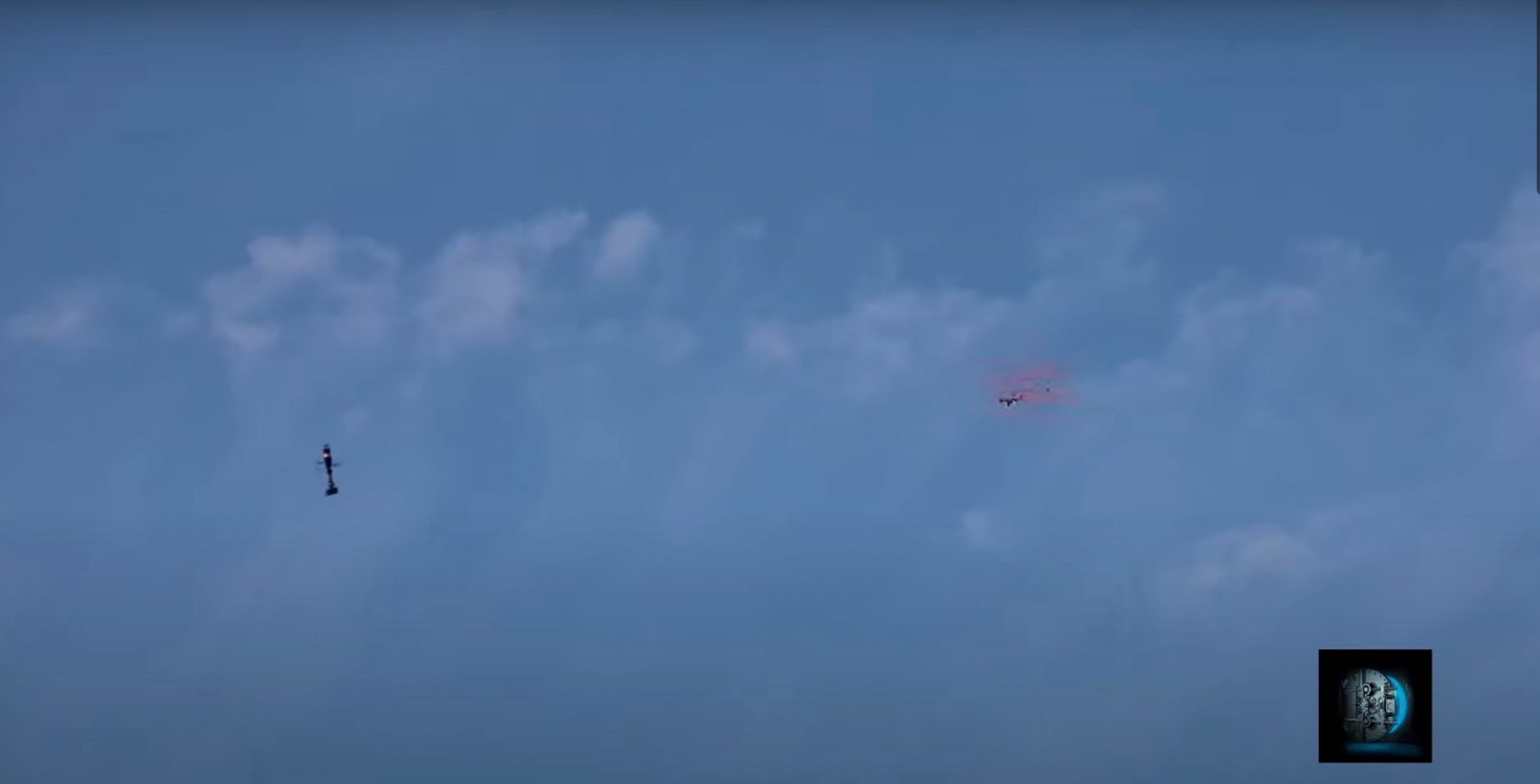 The US military has come up with a new, highly effective weapon for zapping enemy drones out of the skies. Pardon the wonky, technical terminology, but what the Mobile Force Protection (MFP) system does is hock a big loogie of plastic pink stuff that looks suspiciously like Silly String at targeted craft, and down goes Frazier.

Hostile drones tied up, ever pinkishly, to death

The gag inviting yet incredibly potent technology was developed by the Pentagon’s Defense Advanced Research Projects Agency (DARPA), which was launched in 2017 to find ways to take out hostile drones. More detail on its exact marching orders later, but in the interest of keeping the lead well above ground level: The agency’s mission appears accomplished – and remarkably so. Any doubts about DARPA’s drone-whacking chops will die as swiftly as the craft in the following video (albeit without the added insult of being adorned in incapacitating pink ribbons).

In revealing its new anti-drone system, DARPA described it as involving one of its own craft “shooting a cloud of strong strings of streamers…that gum up the works of other drones” – particularly their suddenly hog-tied rotors. The entire process is automated and uses drone slaying materials (aka plastic yarn), posing little to no threat to people or property at ground level. Its primary deployment will be in taking out drone intrusions over military installations or convoys.

“Because we were focusing on protecting mobile assets, the program emphasized solutions with a small footprint in terms of size, weight, and power,” explained Gregory Avicola, MFP program manager in DARPA’s Tactical Technology Office. “This also allows for more affordable systems and less operators.”

DARPA’s founding mission was to “develop an integrated system capable of defeating self-guided sUAS (i.e., those that do not rely on a radio or GPS receiver for their operation) attacking a high-value convoy on the move.” It aimed to create a platform that could be deployed from the back of small but fast-moving military vehicles or boats. It detects hostile craft from a distance of at least one kilometer, then deploys one of several US interceptor drones aboard to chase down, pace, and size up uncrewed aerial vehicles. Then it blasts with a fatal dose of “Love Boat” confetti.

If the technology proves as frequently needed as it is potent, MFP may go down in history as one of the cheapest military knock-out assets ever developed. DARPA received just $12 million in 2020 for the program and an additional $4.3 million in 2021. It credits Dynetics as the primary systems integrator for MFP.

In making its announcement this week, DARPA noted it will not be seeking future funding for MFP – meaning its secret anti-drop program is now considered all wrapped up.