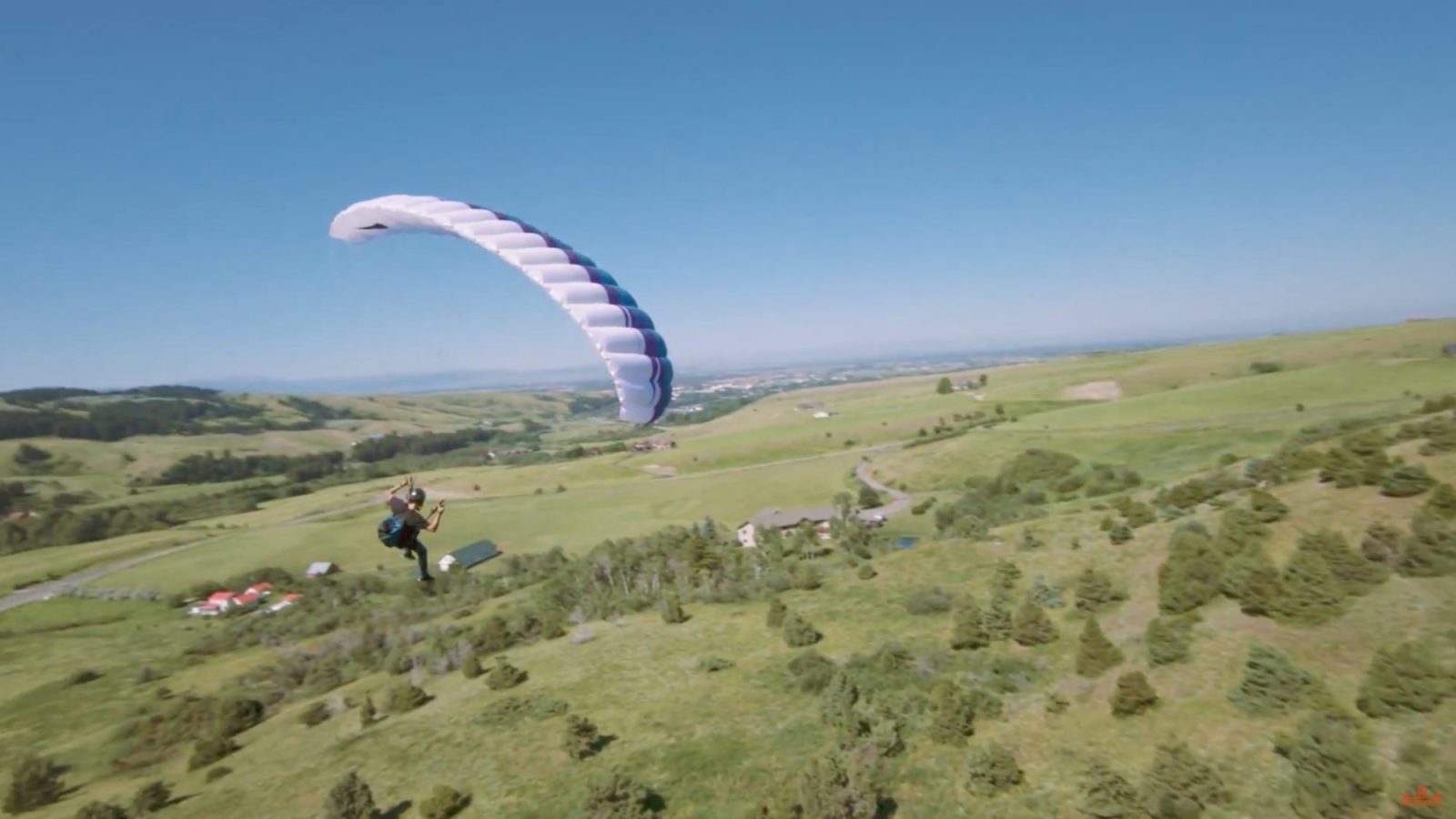 Good morning, in today’s video a paraglider meets drone in a good way. I thought this would be a good drone video to start the week with. The footage shows a paraglider taking off from a mountaintop and he’s being followed by a drone for some spectacular footage. The short clip was recorded at M-Hill near Bozeman, Montana. The make the video even better, they included some nice music to ease into the workweek. Enjoy!

Now, as far as the headlines go, here’s what you may have missed. Starting with the leaked photos and video of the upcoming DJI Osmo Pocket. There is no guarantee but it seems pretty safe to assume that the DJI Osmo Pocket will be released this Wednesday in New York during DJI’s “Because Life is Big” event. We were all hoping for the new Phantom 5 to be released but that seems unlikely at this point. Furthermore, we have news on the AirSelfie, JJRC, Mavic 2 Pro vs Phantom 4 Pro, the ultimate DJI Mavic Comparison Guide, Parrot slashing 100 jobs, DJI GEO 2.0, new firmware and more. So, grab your coffee and jump right in.

Today’s drone video was posted by Airblastr. The footage was recorded last summer at M-Hill near Bozeman in Montana. It’s titled: “A random sunny morning w/ Hayes Majerus”, but we like to call it: “Paraglider meets drone in a good way.” The video has a really nice vibe to it and shows some spectacular footage. If this doesn’t make you want to go fly right now, I don’t know what will. Enjoy!

We love it when you send us your videos. So, if you have a drone film that you would like to show on DroneDJ, send us an email with a link to your video on YouTube or Vimeo and provide us with some background info.