DJI’s next drone isn’t what you think…

With the recent FCC filing for a pair of FPV goggles, remote, and a new drone it is pretty apparent that DJI is going to be releasing an FPV drone in the near future. However, diving deep into the FCC filing points to DJI not releasing a drone, but rather an ‘Air Unit’ that will possibly enhance current and future race drones. But this FCC filing doesn’t tell the whole story. DJI would be foolish NOT to release a drone alongside this new DJI Air Unit. And I think they will, but what kind of drone will it be? I have some theories.

To keep it simple this air unit will be a camera and receiver unit for an FPV or race drone. This is very much like their current Occusync Air Unit, but much smaller and hopefully even better. We speculate that it will broadcast a low-lag digital FPV (first-person view) signal. Drone pilots should be able to purchase one of these units and add it to their current drone. This will allow them to update their cameras and if they choose also their remote and goggles for HD transmission.

DJI would be foolish to release an Air Unit without releasing a drone to go with it. We would love to see the Air Unit as a plug and play accessory that will work with multiple DJI FPV drones. And it is quite possible that DJI may just have multiple drones in mind for this Air Unit. 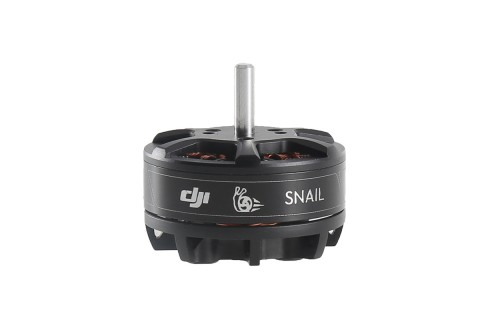 While a lot of people recognize that DJI has released Race Edition FPV goggles, not many know that DJI has been producing FPV Snail motors, quick release propellers, and Takyon electronic speed controllers for a while now. They have even teased an FPV race edition drone, dubbed the Phantom R in a promotion for their goggles.

Finally, it seems DJI is moving into the FPV market. Will this drone be a full-fledged racer? Will DJI make a Cinewhoop-style drone, or are they aiming to take FPV racing to the masses? Let’s take a closer look at what this drone or drones could be?

DJI is known for making impressive flying camera drones. Their cameras and gimbals are the best on the market and they produce breathtaking pictures and video. However, there are some limitations to these awesome machines. They aren’t great for indoor flight or in confined areas. Some pilots and filmmakers have turned to Cinewhoop-style drones. These are drones with ducted propellers that can fly in tight spaces. DJI doesn’t have a drone in this market segment… yet.

Pilots typically capture video using a GoPro with electronic image stabilization to help smooth out the footage. Cinewhoops are flown acro-style so they can maneuver in ways that a DJI drone cannot. The combination of the small size and agility of these drones makes them a great tool for any skilled pilot and filmmaker.

With DJI’s release of the Osmo Action camera, it could set the groundwork for a small drone with electronic image stabilization in the new ‘Air Unit’. DJI has all the things it needs to build the best Cinewhoop on the market and I’d love to see this happen. There are some good Cinewhoops out there like the Mobula 7HD or the Beta85HD, but if DJI enters the game you can be sure they’ll trump both of these little quads.

The video below is an excellent example of how and why you would want to shoot a video with a Cinewhoop-style drone rather than a DJI Mavic or Phantom. Flying in, around, and through moving targets, people and cars isn’t something I’d try with a Mavic.

Another option might be a small, mini quad. If you haven’t flown an FPV quad before it is a lot more challenging than piloting a DJI drone. It is also a lot more exhilarating. The speed and maneuverability can be adrenaline producing as you whip through twists and turns, loops and dives. This fun, however, takes a lot more time to master and the learning curve is rather steep. DJI has teased this before with their Phantom R.

DJI has teased an FPV racer before with the Phantom R

Race drones typically don’t have sensors or GPS to help keep them stable. DJI might be building an FPV quad for the beginner pilot. They have some really good stability controls on their drones and even the tiny Tello has impressive stability. They could incorporate some of this technology into their FPV drone so pilots could learn how to fly with some stability assistance, but still be able to turn it off and fly as the race pilots do. Perhaps DJI is building a drone that will be a bridge to flying FPV.

By building an ‘Air Unit’ that could be swapped in and out of drones DJI could build small, medium, and large FPV drones that would allow people to pick and choose the form that they feel best suits their needs. Some people prefer the smaller 3″ quads. Others like the standard 5″ and some people like to build long-range 7″ drones. With a swappable ‘Air Unit,’ that could be easily accomplished.

If you have ever set up an FPV drone before you know it can be a hassle. Bind, Betaflight, troubleshoot, fly, crash, repair, and repeat. There is a learning curve to even get your drone in the air. Some companies like EMAX have had success selling all-in-one kits that come set up for the pilot. Those drone setups like the Tinyhawk have been very successful and DJI looks to build on that idea by selling the drone with the remote and goggles together. 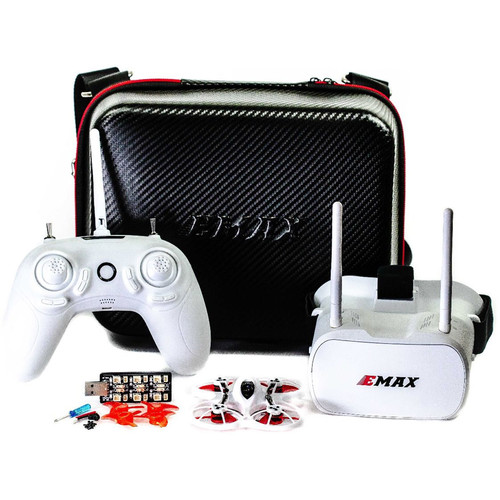 The Tinyhawk all-in-one package has been very helpful getting people into the FPV hobby.

If DJI wants to have the success, they need this drone to be easy to set up. They recognize that not everyone has time to build and tinker. This drone with the ‘Air Unit’ will be an all in one, ready to go FPV package. Even if someone adds an Air Unit to an existing drone it should be easy to use with the new DJI remote and goggles.

Most DJI fans recognize the DJI Goggles RE. DJI released FPV goggles that will work with both their Mavic and Phantom drones but also is capable of picking up the 5.8 GHz signal from FPV racing drones. These goggles work well but are much larger than most FPV goggles. We expect these new goggles to be similar in function but very different in form. Rather than being large and bulky like the Goggles RE they will look more like the popular Fat Shark low profile goggles that have become standard in the FPV world.

I expect DJI to produce a more slim, low-profile goggle like the Fat Shark goggles. The FCC label looks to confirm this notion. You can see they look slim and compact. I’m guessing the two oval cut-outs in the center are for IPD adjustments.

If flying FPV is something you want to learn more about then take a look at our three-part series on getting started. If DJI releases something awesome we may be updating it sooner rather than later.

Learn to fly FPV part one 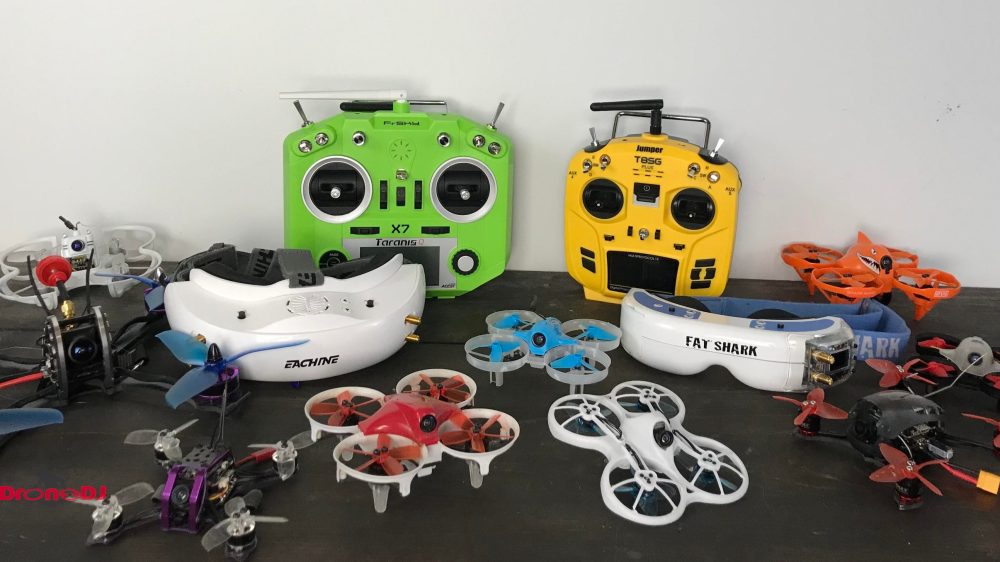