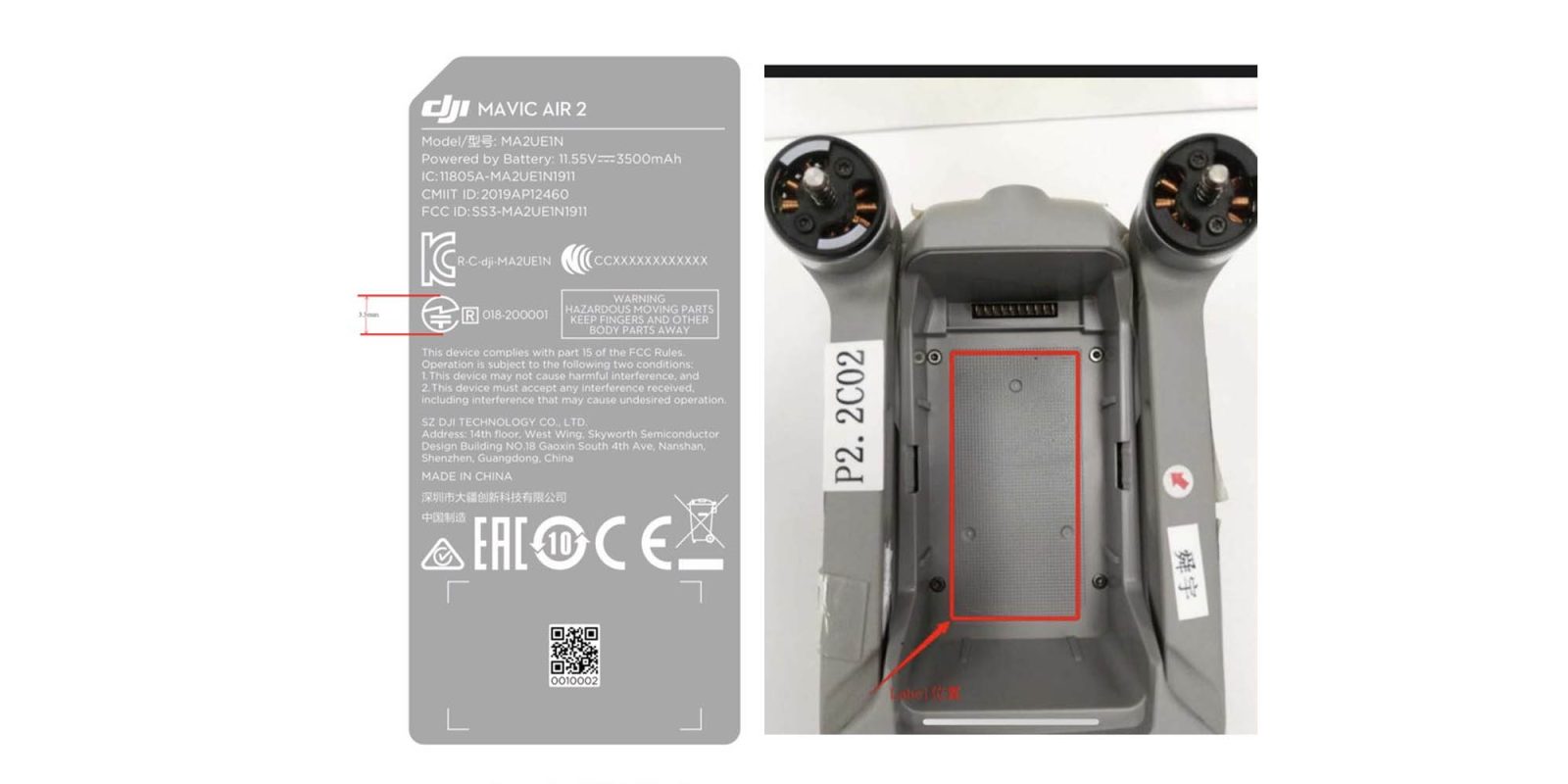 We recently shared images of a new controller along with an FCC listing for the DJI Mavic Air 2, which didn’t have any images of the FCC label they usually would. A new image of the Mavic Air 2 shows us the top of the drone and the lack of upward-facing sensors.

UPDATE: DJI has just released a teaser video for a product launch on April 27. It’s almost certainly for the Mavic Ari 2.

These images, shared by Twitter user OsitaLV, give us new information about the unreleased DJI Mavic Air 2 sensors, along with an FCC label specifying the size of the battery in the new drone.

The image shows the DJI Mavic Air 2 from the top, an angle we haven’t seen before. We can tell from it that there are, in fact, no upward-facing sensors on the top rear of the drone. It’s likely DJI wants to keep those sensors for its higher-end Mavic 2 and likely Mavic 3 drones as more of a prosumer feature. They would allow the drone to be able to fly beneath bridges and low-hanging branches without worry about crashing while you are focused on your flying. It’s not a big issue that they aren’t present on this new drone, but it would have been nice to have an extra layer of security.

The motors have the same design as the Mavic 2 series, with the quick-release props. From all the images of the drone we have seen so far, it essentially looks like a Mavic 2 simply scaled down to be a little smaller.

From the label, we can confirm that the model number for the new Mavic Air 2 is MA2UE1N. The more important information we can get from it, though, is the voltage and amperage of the battery. The Mavic Air 2 will feature an 11.55v 3500mAh battery, a substantial increase of 1,125mAh. The original Mavic Air had an advertised flight time of 21 minutes, and the new larger battery of the Mavic Air 2 could mean a flight time closer to the 30-minute mark.

Want to learn more about Mavic Air 2? Be sure to check out these related articles:

What do you think about all the recent information we have gotten on the Mavic Air 2? Will you be buying this drone? Let us know your thoughts in the comments below.