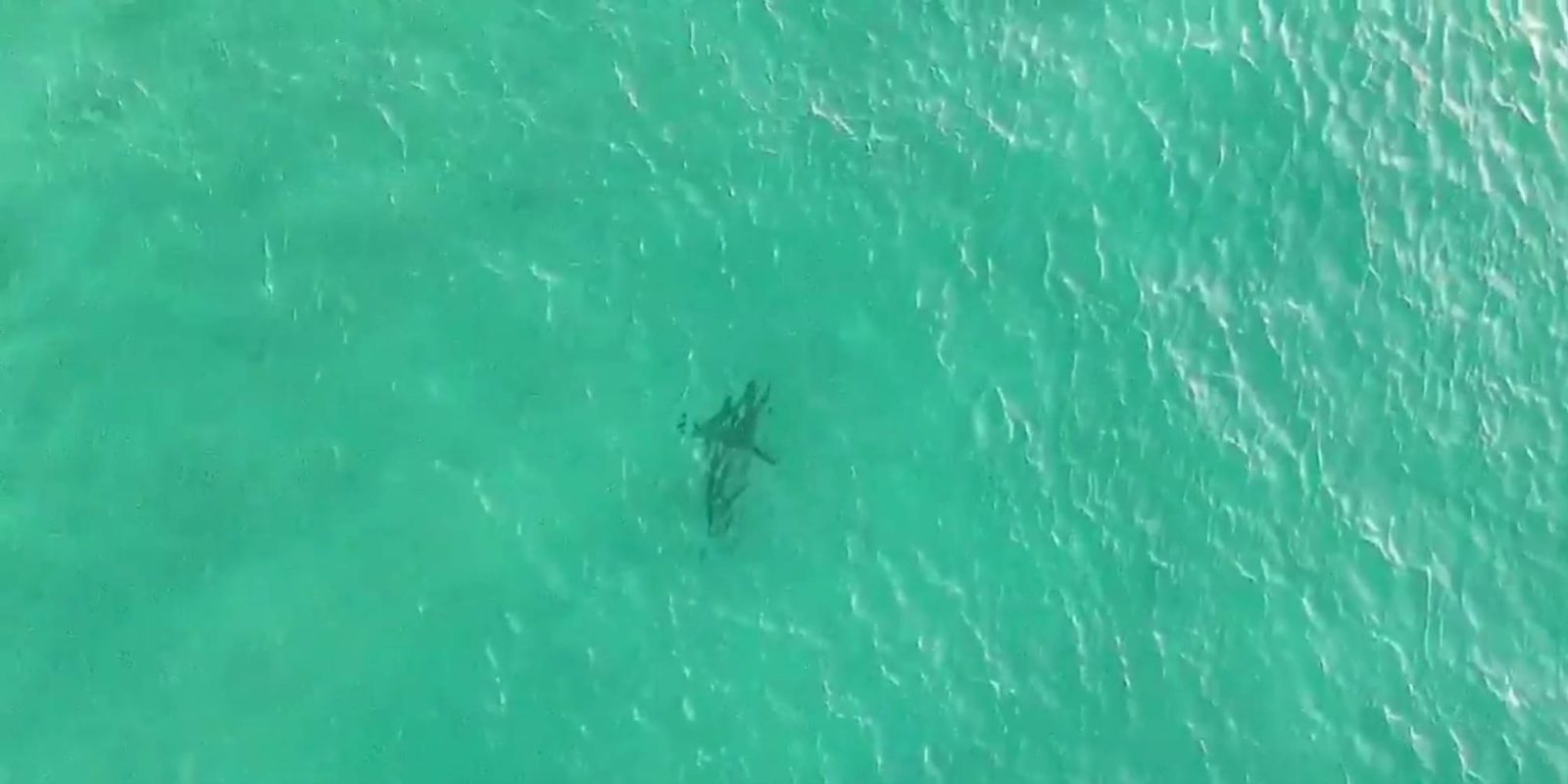 Drone footage captured earlier in the week at the famous Bondi Beach in Sydney has shown multiple sharks swimming close to the shore near to a school of fish. The drone spotted three to four bronze whalers and a possible great white shark.

The drone footage was captured by Jason Iggleden, the one behind the Drone Shark App used to give surfers and beachgoers an aerial view of the beach and possible sharks in the area.

In an interview with DMARGE, Iggleden shared that the big unit he captured in the video was likely a 2.8-meter (~9 foot) great white due to the way it moved in the water. He later added that it is the first time in a year that he has seen the Bronze Whalers sharks.

“The one this morning is not 100% confirmed a Great White but I’m pretty confident it was by the movement. The last time I saw a Great White was back in May last year 2019. Bronze Whalers have only shown up in the last couple of weeks. Prior to that I didn’t see one since last year and it all depends on the salmon for all sharks.”

The video once again shows why you should never be complacent while in the water, after all, we are just visitors – dropping in on what is home to the sharks.