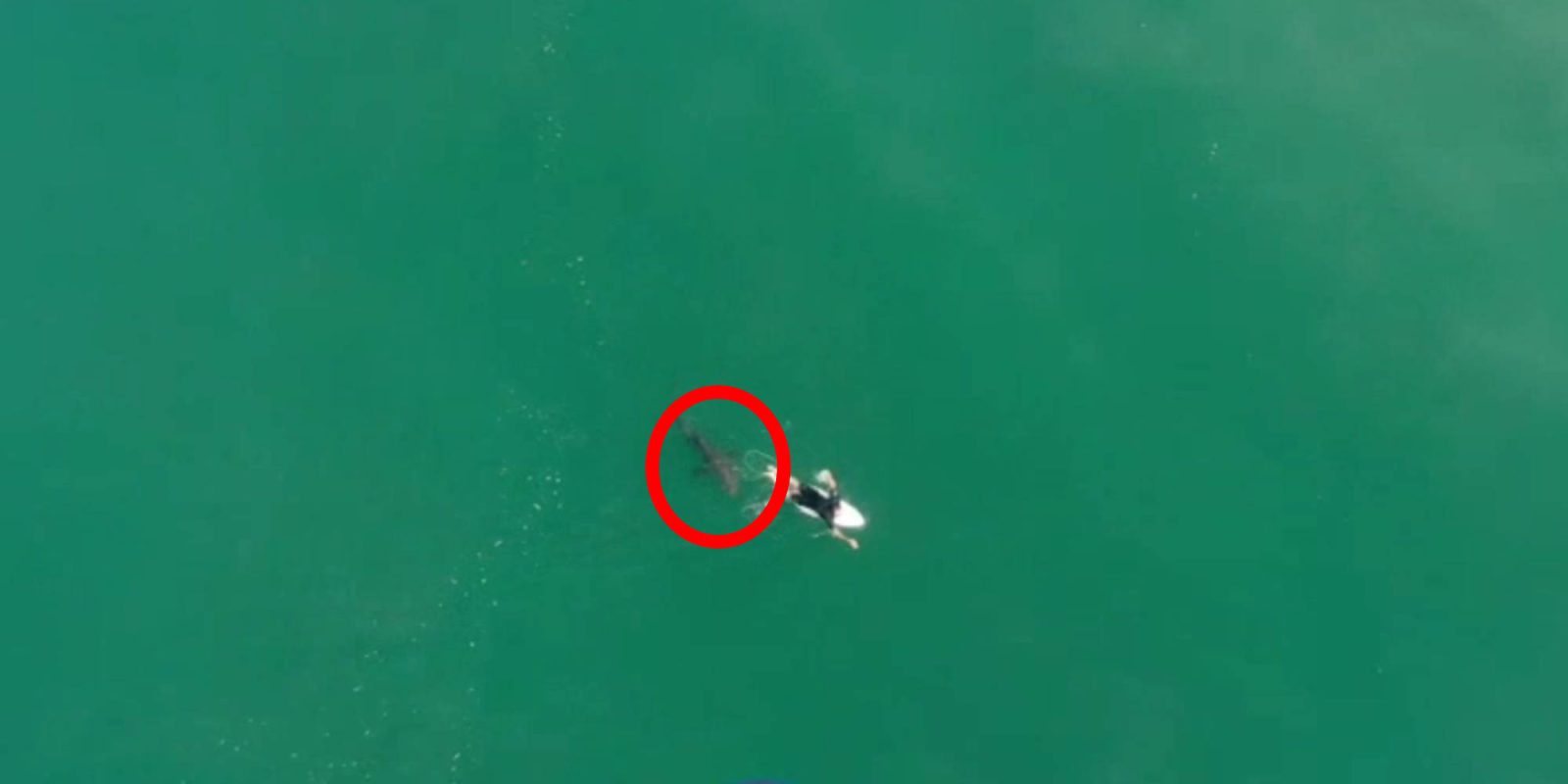 A surf life-saving drone in New South Wales, Australia, has captured a pro surfer narrowly avoiding a shark after it looks to be spooked by the surfer. Matt Wilkinson managed to get away unscathed earlier this week after his close encounter.

While pro surfer Matt Wilkinson was in the water catching waves, a Surf Life Saving New South Wales drone was watching from above, on the lookout for sharks. A shark began to approach Wilkinson, getting within a few inches of him and his board.

I heard a little splash behind me, looked back and there was nothing there, and then the lifeguard’s drone came down and said that there was a dangerous shark in the area. The shark had kind of come at me from in front and then went around the back and had a little go at my legs, then last minute decided that my feet stunk or something and turned away.

The type of shark is currently unknown but it appears to either be a bronzie or bull shark, both spotted often along the New South Wales coastline. The shark looked to be about 8 feet long, according to Wilkinson.

Being a surfer, sharks are often in the water nearby the whole time. Wilkinson shared that he was feeling pretty lucky to have come out of it as there have been six fatal shark attacks this year alone in Australia. Matt Wilkinson is a surfer out of Sydney, Australia, best known for his back-to-back win of the Quiksilver Pro Gold Coast and the Rip Curl Pro Bells Beach championship tour in 2016.