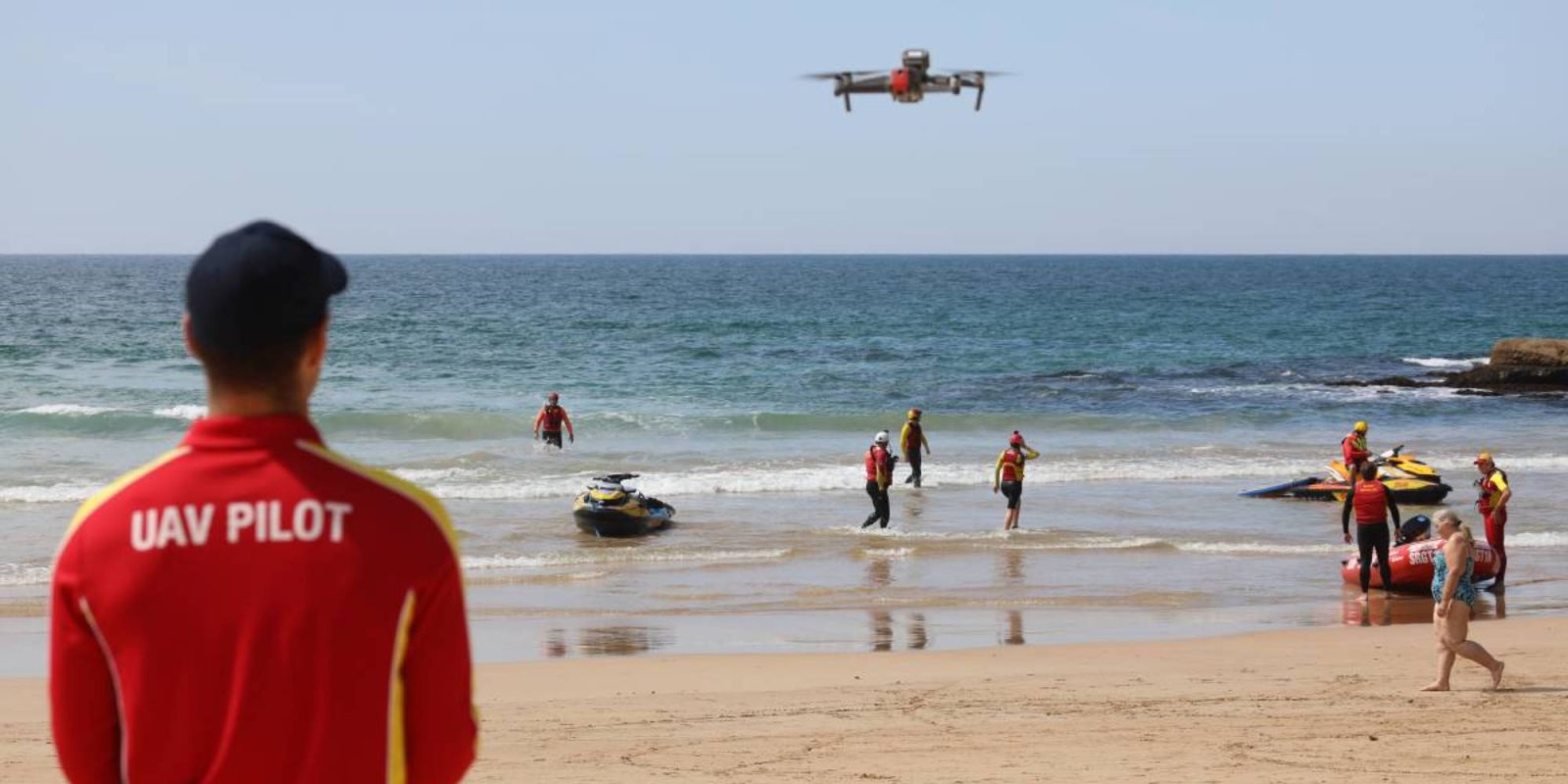 The best way to stay safe from sharks is to spot them as early as possible. Surf Life Saving NSW has been working with the NSW Department of Primary Industries (DPI) trailing AI technology for detecting sharks in the waters off New South Wales, Australia. The trials have spanned over the last three years and came to an end this month.

The drones have been trialing an AI system capable of detecting different species of sharks, all from an enclosed device that doesn’t require an internet connection to run. The device is able to look for sharks from footage captured by a drone in real time, alerting lifeguards on the beach below of a shark in the water.

The project is being led by Dr. Cormac Purcell and Dr. Andrew Walsh (Macquarie University), with Dr Butcher (DPI) and Andrew Colefax (Sci-eye). They are working on the AI system as a replacement for the current manned shark surveillance technique, which is “labor intensive and relies heavily on pilot skill.”

To get enough data, the drones have been flying with the AI system every weekend since March and every day during the April school holidays. This is to make sure the technology is ready for use and is effective in helping Surf Life Saving NSW’s beach management

Surf lifesavers in Australia have been working alongside drones since 2016, using them to monitor beaches for sharks and other dangerous animals such as crocodiles. The drones are also used to look out for swimmers in danger, either alerting a lifeguard or dropping an inflatable device for the swimmer to hold on to. In the past, the drones have also dropped dye into the ocean, allowing for rip currents to be visible to lifeguards and beachgoers, so they can avoid certain areas in the water.