Drone captures oblivious surfer enter the water with a shark below 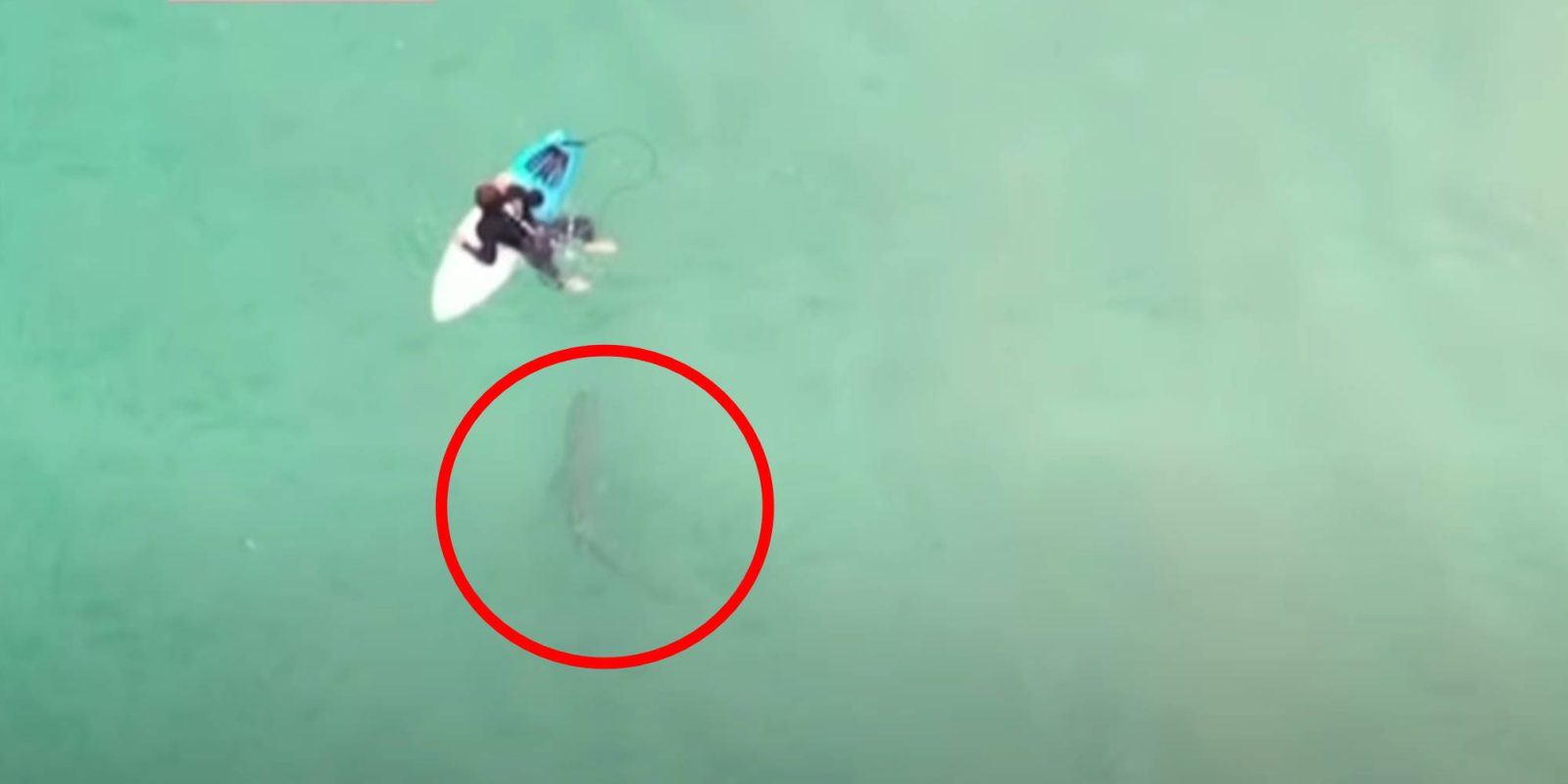 A surfer at Australia’s famous Bondi Beach dipped into the water with a shark swimming right under him earlier this week. Drone photographer Toby Nicol was there to watch it all unfold through the view of his drone.

In a video shared exclusively to Channel 7, a surfer and a shark slowly moved closer to each other, seemingly oblivious to each other’s movements. Right as the surfer paddles above the shark, he jumps off his board and into the water, leaving the drone pilot Nicol a little uncertain of what could happen next..

Luckily, the shark was scared off as the surfer hit the water. The shark then moved away from the beach, gliding through the water and passing other surfers.

The shark is believed to be an endangered gray nurse shark, also known as a sand tiger shark. While it is always scary to see a shark so close to a person, it is known to be a very placid and slow-moving shark, making it a little clearer as to why it almost looked spooked by the surfer. There are no known human fatalities caused by the shark, with its diet mainly consisting of bony fish.