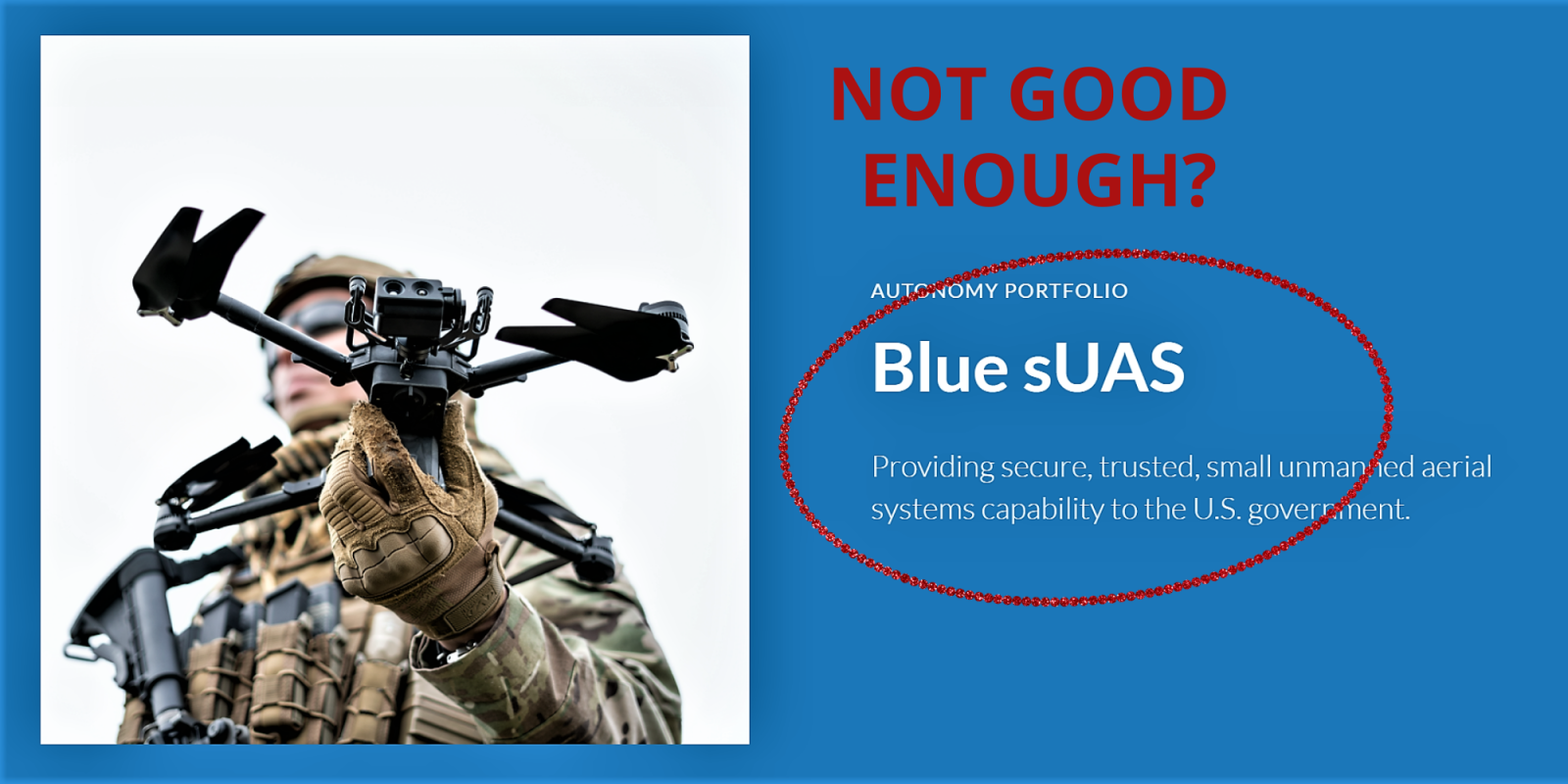 A couple of days ago, we wrote about a leaked US government memo that exposed the Department of Interior’s stance on Pentagon-approved Blue sUAS drones. The internal memo verified by the Financial Times revealed that following a ban on China-manufactured drones, the DoI is being forced to spend eight to 14 times more for machines that were only 20% as effective. It was a scathing memo, alright. So now, a lobby group consisting of US-based drone manufacturers and a Europe-headquartered open-source software developer is hitting back.

END_OF_DOCUMENT_TOKEN_TO_BE_REPLACED

The Pentagon has spent roughly $18 million to test and identify drones that government agencies can use instead of those made or assembled in China. But how do these drones stack up against the competition? Not too well, according to an internal US government memo. The Pentagon-approved Blue sUAS drones are 8 to 14 times more expensive and only 20% as effective when it comes to vital conservation work, according to the Department of Interior (DoI).

END_OF_DOCUMENT_TOKEN_TO_BE_REPLACED 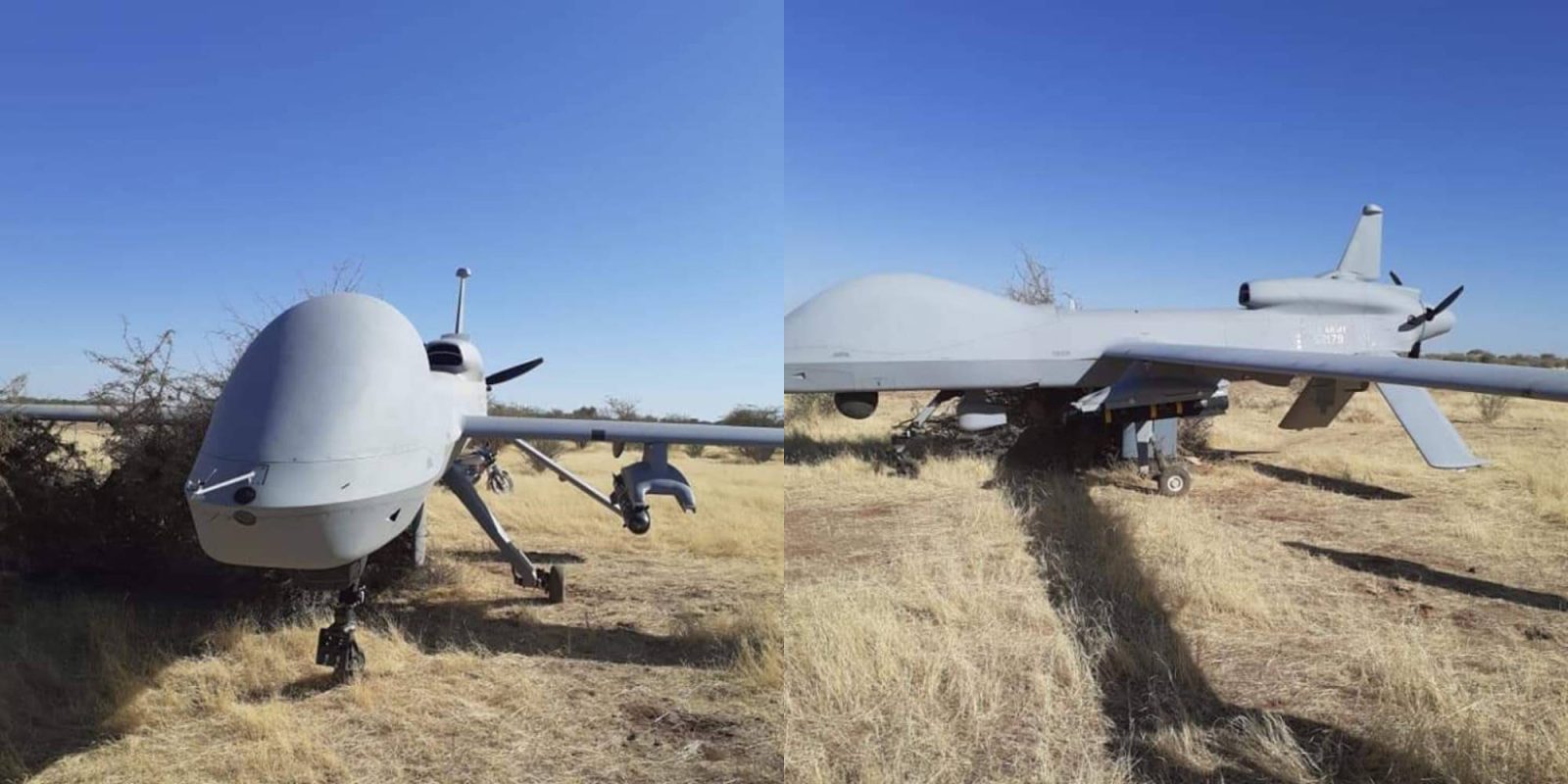 A US Africa Command spokesperson has shared that one of its MQ-1C drones has malfunctioned over Niger, Africa, while armed with a Hellfire missile. It’s not the first time the US drones have crashed in the region, with an MQ-9 Reaper crashing due to mechanical failure last year.

END_OF_DOCUMENT_TOKEN_TO_BE_REPLACED 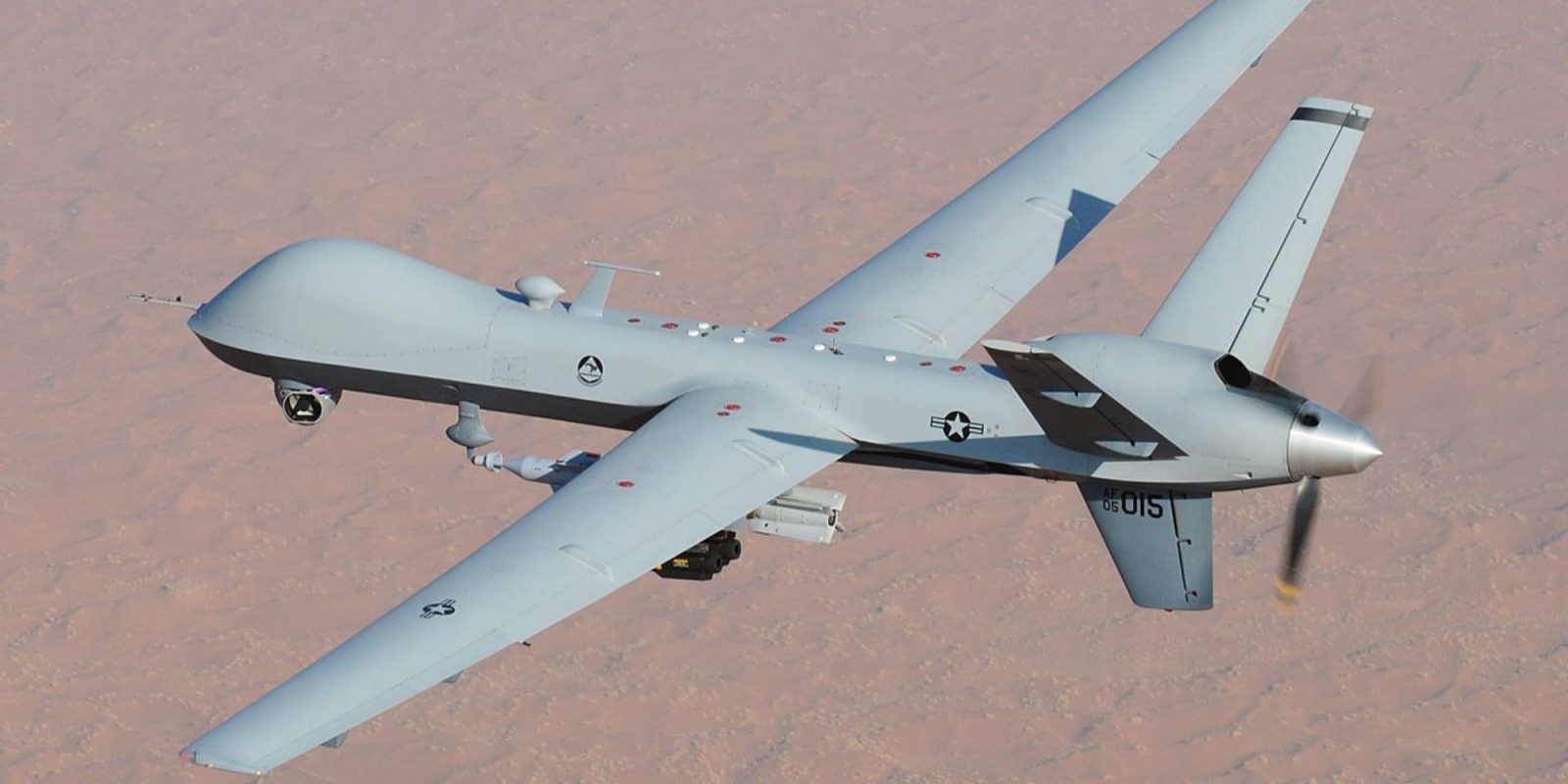 According to Reuters, the United Arab Emirates (UAE) has reportedly signed two deals with the United States to purchase 18 MQ-9 Reaper drones and 50 F-35 fighter jets. It is also reported that one of the deals was signed right before Biden officially took office, prompting him to look over the deal.

END_OF_DOCUMENT_TOKEN_TO_BE_REPLACED 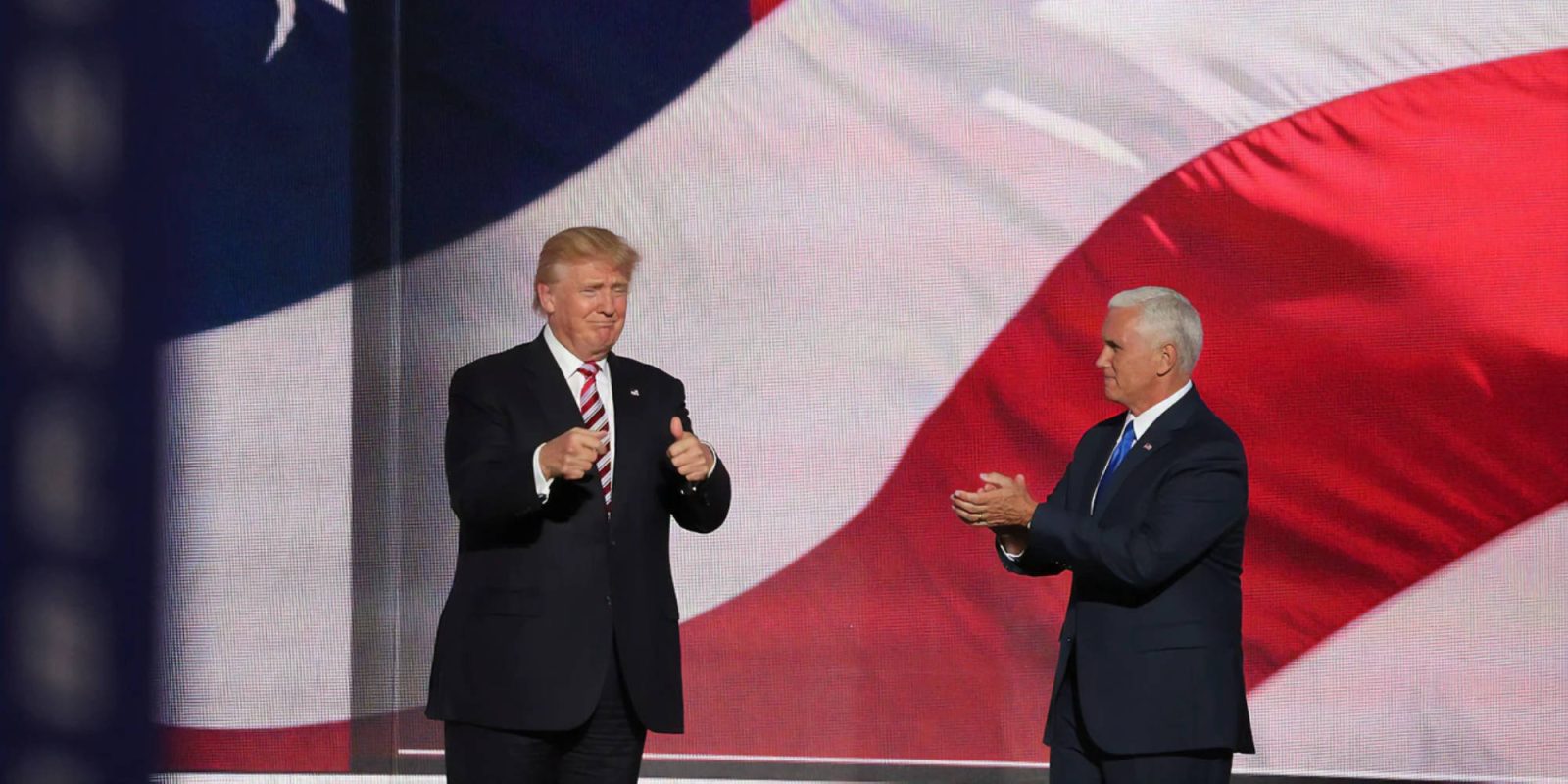 US President Donald Trump has signed an executive order that will fast-track Chinese drones being removed from US agencies. The order will require all US agencies using Chinese drones to prioritize removing them from service.

END_OF_DOCUMENT_TOKEN_TO_BE_REPLACED 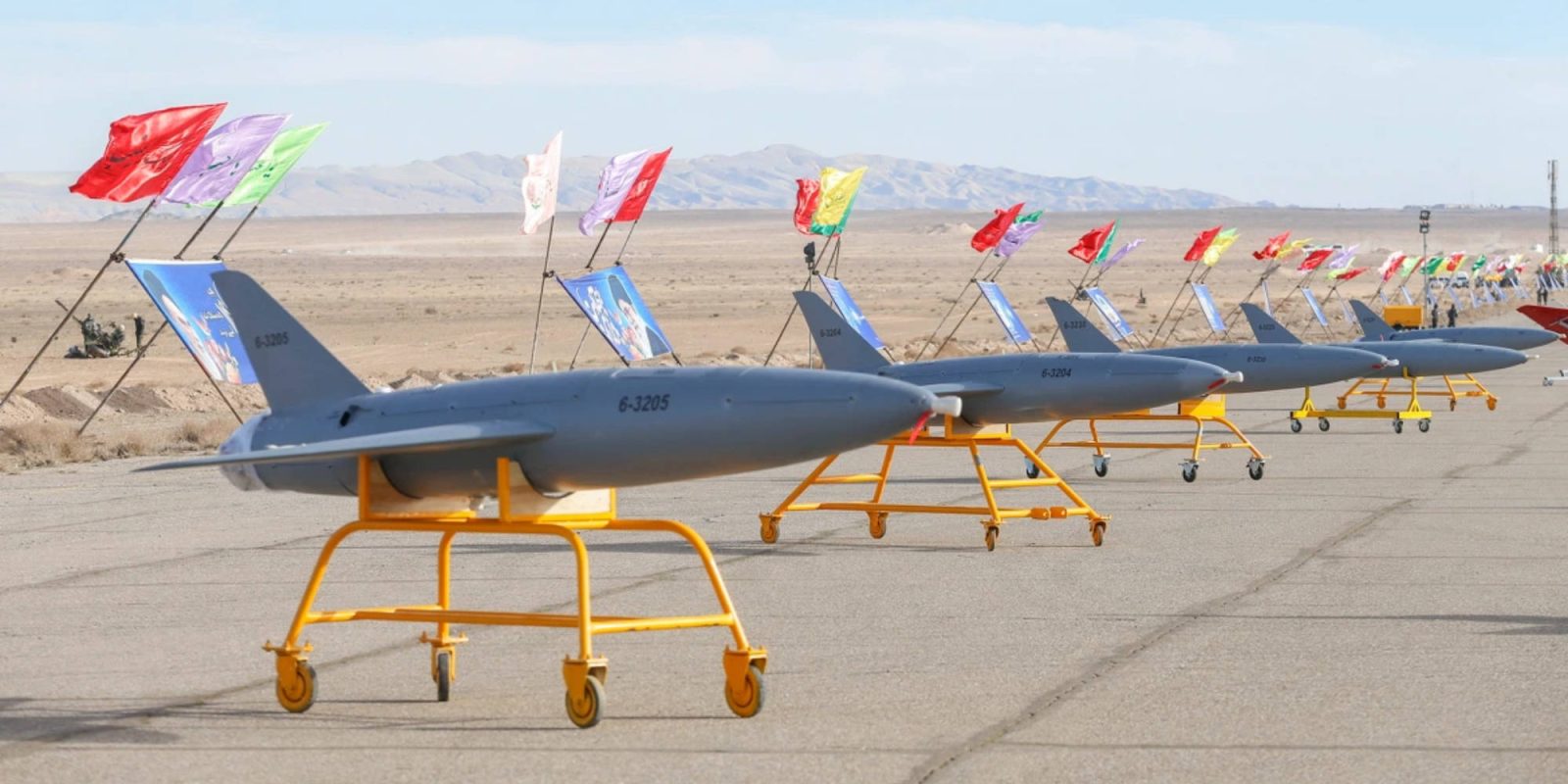 During a recent drill, Iran tested out its latest addition to the battlefield. A set of kamikaze or suicide drones as a show of power toward Trump and the US. The tension between the two countries has risen recently due to the anniversary of the death of one of Iran’s top generals caused by a US drone strike.

END_OF_DOCUMENT_TOKEN_TO_BE_REPLACED

Get lifetime VPN Unlimited and Sticky Password Premium for $30 (Reg. $398)